Gordon Ramsay is once again traveling in Uncharted Season 2 to introduce viewers to culinary customs and flavors from around the world.

If you were a fan of the first adventures, you’re in luck because they’ve upped the ante. “The weakest episode this season is stronger than the strongest episode from last season,” executive producer Jon Kroll tells TV Insider.

With local experts and food legends guiding him, Ramsay harvests ingredients, tastes dishes, and is inspired by everyone he meets to prepare a meal that represents the heart of each culture. For Season 2, he traveled to Tasmania, South Africa, Louisiana, Indonesia, Guyana, India, and Norway.

After seeing what worked and what didn’t about Season 1, what was your approach to Season 2?

Jon Kroll: The biggest difference between Season 1 and Season 2 was we realized that to a much greater degree than we thought, the people that we put Gordon in scenes with really make a really big difference. If he’s got someone really fun, he feeds off their energy in a way that nothing else can duplicate.

In a weird way, even though they’re all real people, casting became important. We dug really deep into how can we make sure everyone we put him with is going to be someone who he has fun with, who he has something to learn with, who will play with him, because some people are like deer in headlights with Gordon. Finding the right people to put him with was the biggest challenge and the thing we put the most energy into. Is there anything else you’re doing differently?

We were a little reticent to go too crazy with the adventure component and what we were going to have him do, what kinds of planes we were going to have him jump out of or helicopters and things like that. What we found from the first season is he never said no and he wants more, more, more, so we really focused on upping the ante with the adventure component to it.

The more crazy ingredients that are pushed out over the edge of cliffs or that you have to rappel in with a helicopter to get to, we just looked for more of that kind of thing. Just like with the first season, there was nothing he wouldn’t do, so we have to now somehow find our way in Season 3 to go even further, and I don’t know how the hell I’m going to do that.

What did you most enjoy seeing Gordon doing on these adventures? Where did he appear to be most out of his comfort zone?

The most enjoyable thing for me was in Indonesia when he participates in this tradition of bull racing in a rice paddy, and it just was crazy because it wasn’t like it was Gordon Ramsay doing it. He was just like a crazy Westerner doing it—they didn’t know who Gordon Ramsay was. The anonymity of it was really fun. Also the activity wasn’t a Westernized thing like a helicopter. It was something you could only find in Indonesia.

Most out of his comfort zone, that’s tricky. He’s kind of a chameleon. He does it all. In Indonesia, it was really challenging because for the first time, we had a chef who was older and even more experienced than him, and so him taking the role of student on in there—even though he always learns things from the chef—Chef William Wongso, who’s a 73-year-old master of Indonesian cuisine and the international ambassador of Indonesian food, was really his mentor, and he really took to it. They cooked for the governor of the province, so it was our most high stakes meal yet, and it was with someone who was of a caliber that he had never worked with before on the show. Were there any logistical problems where you almost had to cross something off the list?

All the time. Weather is always a factor for us, so we always have to have an alternative weather plan. Generally, we just shoot through the rain. But we did have something in particular, and I’m going to refer to Indonesia again, because this was one of our most challenging episodes ever. In Indonesia, it was during the rainy season, so there’s a scene in which he goes into a cave to fish for prawns, and there were heavy rainstorms, and you would think, “great, we’ve got a scene in a cave, so that’s no problem,” except for the fact that the cave was subjected to flash flooding.

We had to monitor the water levels really, really carefully to make sure it was safe to go into the cave and we could get our crew and everybody out safely. It wasn’t until the very last minute we got the approval we were going to be able to do this cave scene. We had a backup scene we were going to do, but it wasn’t nearly as good.

What are some of the other adventures this season?

There’s some really fun stuff in South Africa because we shot a lot on a game reserve, and we were allowed to get closer to animals than we would ordinarily be able to get because we had a super experienced guide safety person that was working with us. The end result of that is Gordon has to flee from both a rhino and two different hippos in South Africa, and this is definitely the first show I’ve ever worked on in which we had a hippo safety meeting. But for the final cook, which was next to this lake, we showed up for the cook and there was a hippo in that lake, and that was not planned at all. This was a much angrier, much meaner hippo that actually charged Gordon and the guest chef, Zola Nene, during the cook, and we had to all flee. That was exciting.

What are some of the more adventurous things Gordon will be eating?

Rat is very much on the menu this year. We’re not talking New York sewer rats here, but both in Guyana and in Louisiana, there are two different types of giant rodents that he eats. As the designated food taster who has to eat everything before he does, I can tell you I wasn’t super excited about having to eat rat, but in both cases, it was pretty tasty.

What made Tasmania the perfect kick off for the season?

Tasmania is really accessible for viewers. You don’t want to alienate people or go completely off-grid. You want to have  place to go. You don’t want to start with your craziest place first. Tasmania is a name people know, but they don’t know much about it. People are fascinated by Australia. But also we knew the food there was phenomenal, the ingredients and everything.

Part of the appeal of Uncharted is people get to live vicariously through all of us through the food, so we knew we’d have great food, and we also had a great chef and a great contributor, Analiese Gregory, the chef who actually was referred to us by Monique Fiso in the first season, as someone she said was like her. She was a great chef to have. And then Sarah Glover, our female Indiana Jones rugged Aussie character was a great contributor to take him around. We just had great characters. I can’t imagine how much crazier it’s going to get for Season 3.

We’re definitely going to have to look for places to up the ante, but let’s just say we have a short list of places that are already on the travel itinerary for next season. Uncharted really is a show that can go on and on, because as we prove with the Louisiana episode, right in America, we have plenty of Uncharted places as well. We’ve got some more Uncharted America coming.

We have some more crazy destinations where he’s going to go fishing for caiman and stuff like that like he does in Guyana. The Guyana episode, by the way, has more creatures that can kill you than the rest of Uncharted combined. He goes hunting for caiman at night by hand, among other things.

#Is MacGyver new tonight on CBS? Is there any hope of season 6?

#NCIS Spoilers: What Happened to Gibbs?! #Twitter is making some big changes to fight election misinformation 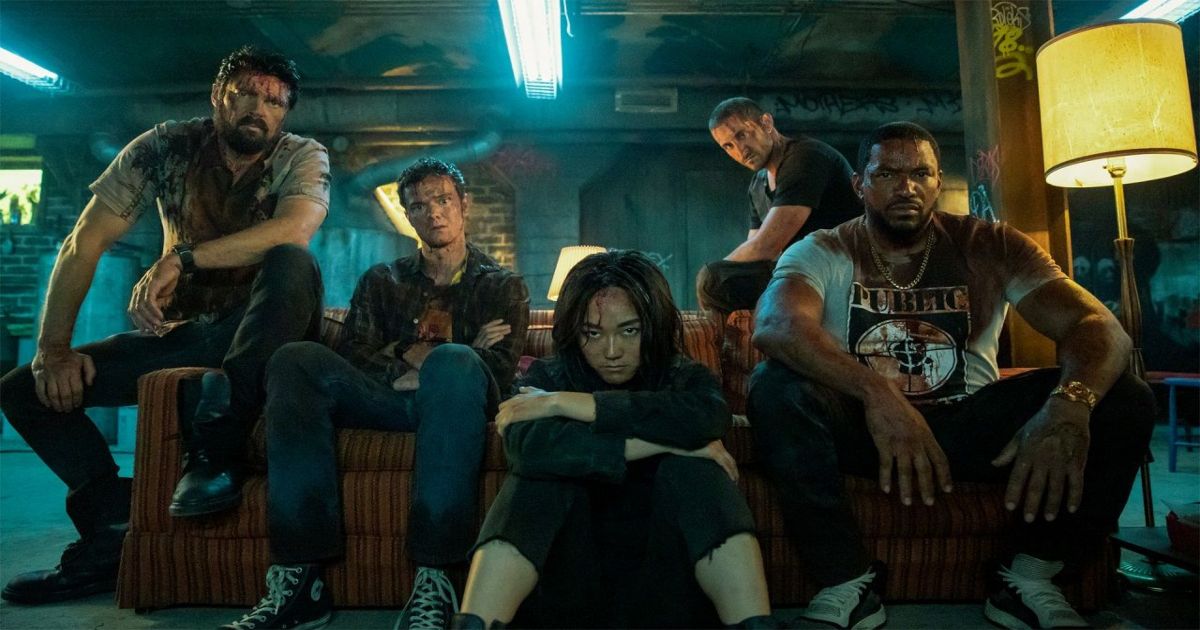