Publisher Digerati and developer Angry Demon Studio will release “future Viking horror” game Apsulov: End of Gods for PlayStation 5, Xbox Series, PlayStation 4, Xbox One, and Switch this summer, the companies announced. Perp Games will also distribute physical editions of the game for PlayStation 5 and PlayStation 4, which include the downloadable soundtrack and art book. Apsulov: End of Gods first launched for PC via Steam in August 2019. It was a recipient of the Epic Mega Grant and won DreamHack’s “Best Horror” award.

“We worked incredibly hard to create a rich, atmospheric world for

Here is an overview of the game, via Digerati:

Apsulov: End of Gods is a future Viking horror and science-fiction adventure unlike any other.

The humans dug deep below the earth to find the mercy of the gods. What they found was never meant to reach the surface. Not on Midgard, nor any of Yggdrasil’s realms. You wake in a facility built to research the worlds of Yggdrasil.

Survive lurking dangers as you journey through a world of technology and mythological artifacts, where chaos rules over the human realm. It is in this chaos that you find your purpose and destiny.

Watch the console announcement trailer below. #The Paramount Consent Decrees Are Officially Over, and Theaters Might Never Be the Same

#Research shows the older you get, the more you care about the environment 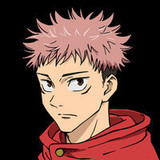