“#‘Friends’ reunion postponed again on HBO Max due to COVID-19” 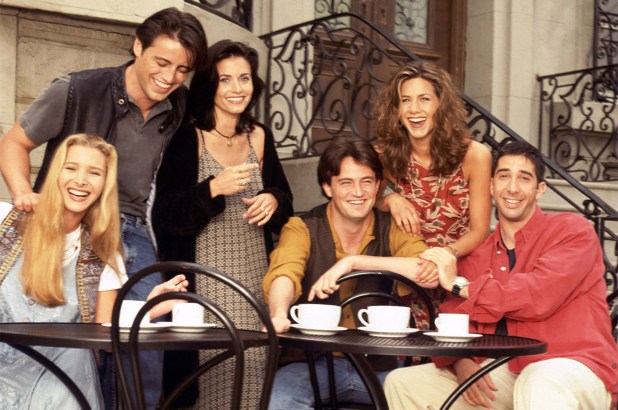 Taping of the untitled unscripted “Friends” reunion special for HBO Max has been further delayed by the ongoing coronavirus pandemic.

Originally slated to film right after all production was shut down in mid-March because of the outbreak, it was pushed to May so the special could still be ready for HBO Max’s May 27 launch. With the country in the grips of the pandemic, the taping was postponed again and could not make HBO Max’s debut.

I hear the most recent date was Aug. 17, and there had been initial optimism that production could be pulled off until COVID cases started spiking again, prolonging the ongoing Hollywood shutdown related to the pandemic. I hear that plan was recently called off, and there is no new target date as the situation remains fluid.

In April, the stars of the show auctioned six tickets to the taping, with the funds benefiting COVID relief.

The special is designed to join all 236 episodes of the Emmy-winning 1994-2004 NBC series, recently revealed by the WarnerMedia as the top show on the streaming platform.

#Leap of faith: Nigerian boy captivates the world with his ballet