“#FEATURE: Everything You Need to Know about My Hero Academia Before Season 5” 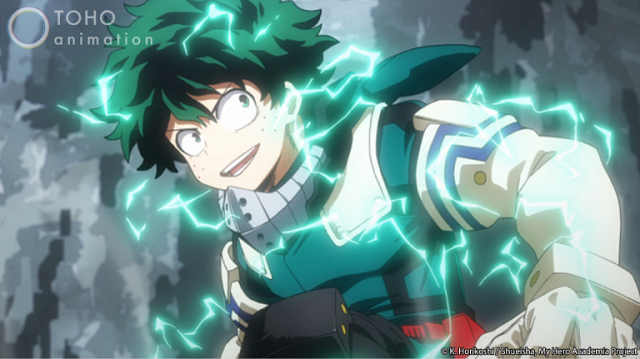 In times like these, we need heroes now more than ever. Luckily, the plucky up-and-coming super students of UA Class 1-A are making a comeback in the newest season of My Hero Academia. With a massive following thanks to its inspiring themes, memorable characters, and incredible animation, the ongoing origin story of Izuku Midoriya has truly solidified itself as a modern anime classic. The newest season promises to be just as mind-blowing as ever, so there’s a lot to catch up with before class goes back in session. That’s where I come in.

Check out the major plot points and character statuses on the heroes and villains of My Hero Academia to make sure you’re all up to date for the latest season!

**MAJOR SPOILERS for My Hero Academia from here on out** 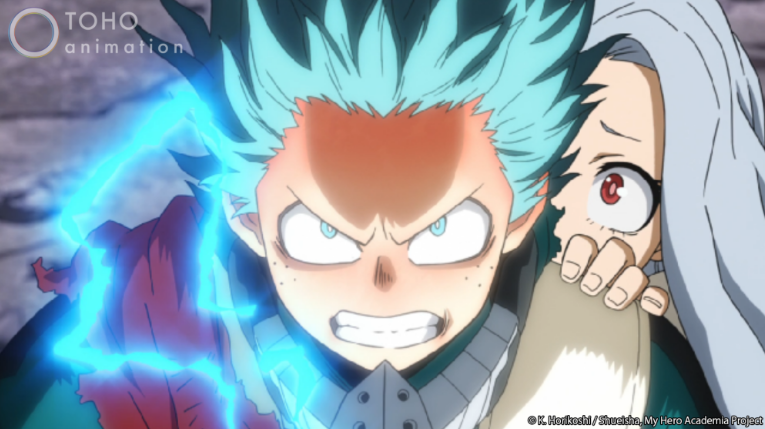 In a world where everyone is born with a different superpower known as a “Quirk,” anyone can become a superhero. But when it came to Izuku Midoriya, his dreams of becoming one were nearly dashed when he found out at a very young age that he would never develop a Quirk on his own. But his determination and willingness to help others captured the attention of All Might, the greatest hero of all time. After some intense training, Izuku was able to inherit All Might’s Quirk — One For All — and finally take that first step toward achieving his dream.

Midoriya later enrolled in U.A. High School, the most prestigious academy for young superhero hopefuls, and joined a number of fellow students in Class 1-A, each with their own ambitions of greatness. The school’s unorthodox courses strive to bring out the best in its students as each of them learns how to develop their Quirks in unique ways. But each student maintains the grit to overcome insurmountable odds as they reach out toward their goals.

Unfortunately, for every great hero, there’s a villain lurking in the shadows. Despite only being students, Class 1-A has already had to clash with formidable evildoers like Hero Killer Stain, Overhaul, and even the mighty All For One. Even now, Tomura Shigaraki operates within the League of Villains to carry out their sinister plots. Bad guys don’t wait for high school students to earn their diplomas, so Class 1-A and the students of U.A. will have to train their hardest in order to uphold justice and protect the world.

Meanwhile, Izuku continues to learn how to wield One For All for himself and will soon discover what it means to inherit this power and the legacy that now rests on his shoulders. 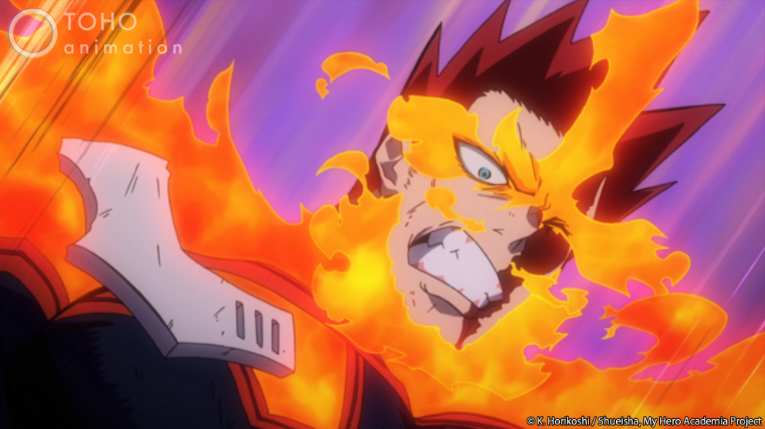 A New Age of Heroes

In Season 3, All Might used up the last of his strength to take down All For One, a Villain with the power to steal Quirks and wield them as his own. He was forced to retire as a hero, becoming a full-time faculty member at U.A. and leaving the position of the Number 1 Hero vacant. At the end of Season 4, the highly controversial fire-wielding Endeavor replaced All Might as the new Number 1 Hero; his previous position at Number 2 was filled by the red-winged Hawks.

The League of Villains’ Next Move

Tomura Shigaraki and his band of bad guys are still active in their efforts to incite chaos. Their ongoing battle with Pro Heroes has created a stir, and the targeting of U.A. students has tarnished the school’s reputation as adults become concerned both for their safety and the safety of the students. The villains continue their work developing Nomus, genetically-engineered monsters outfitted with Quirks. Though they were initially mindless monsters, the latest experiments have given them overt intelligence. 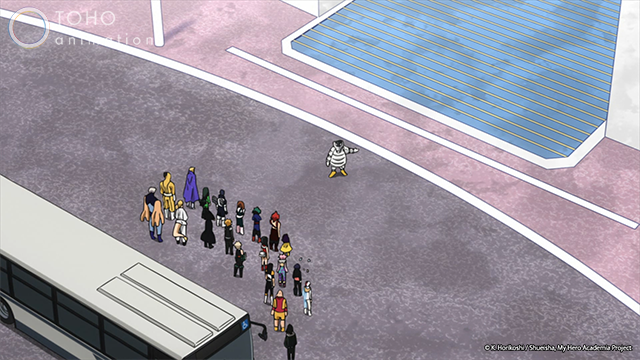 Ochaco Uraraka aka "Uravity" – alive. As part of her Hero Work studies, she participated in the mission to defeat Overhaul and his organization, the Shie Hassaikai.

Tenya Iida aka "Ingenium" – alive. In Season 2, Iida overcame his vengeance against Hero Killer Stain for permanently injuring his brother. In Season 3, he assisted in rescuing Bakugo from the League of Villains. Later, he passed the test to earn his provisional hero license.

Shoto Todoroki – alive. As a cryokinetic and pyrokinetic, he once rejected his fire abilities in order to reject the heritage of his abusive father, Endeavor. After his fight with Izuku, Shoto began using his fire more openly. In Season 3, he failed the provisional license exam and had to take a special course to make up for it.

Eijiro Kirishima aka "Red Riot" – alive. He was also recruited in his Hero Work studies to face off against the Shie Hassaikai.

Tsuyu Asui aka “Froppy” – alive. She participated in the Shie Hassaikai Raid.

Momo Yaoyorozu aka “Creati” – alive. She assisted in rescuing Bakugo from the League of Villains in Season 3. She also passed her provisional license exam.

Kyoka Jiro aka “Earphone Jack” – alive. She played a major role in rallying the 1-A students during the U.A. school festival and was the star performer during their musical number, “Hero Too.”

Fumikage Tokoyami aka “Tsukuyomi” – alive. In Season 3, he was nearly captured by the League of Villains alongside Bakugo, but was rescued before being taken away.

Yuya Aoyama aka “Can’t Stop Twinkling” – alive. In Season 4, he forms a bond with Izuku over their shared struggle in controlling their quirks.

Mezo Shoji aka “Tentacole” – alive. He earns his provisional hero license in Season 3.

Hanta Sero aka “Cellophane” – alive. Participated in the school festival.

Koji Koda aka “Anima” – alive. Part of the staging team for the school festival.

Toshinori Yagi aka “All Might”- alive. Retired as the Number 1 Hero and is now a full time faculty member at U.A.

Mirio Togata aka “Lemillion” – alive. Lost his Quirk in the fight against Overhaul. Last seen accompanying Eri to the U.A. school festival.

Mirai Sasaki aka “Sir Nighteye” – deceased. Perished in the aftermath of the Shie Hassaikai Raid.

Enji Todoroki aka “Endeavor” – alive. Named the newest Number 1 Hero. He defeated a High-End Nomu unleashed by the League of Villains. 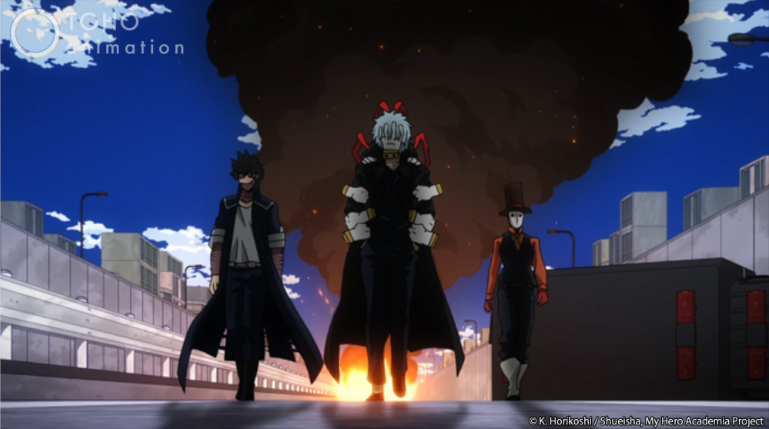 Tomura Shigaraki – alive. Though he and the League of Villains were once tenuously aligned with Overhaul and the Shie Hassaikai, they never saw eye to eye. In the aftermath of the Raid, Tomura destroys both of Overhaul’s arms so that he may never use his Quirk again. He is last seen taking four Quirk-destroying bullets away from Overhaul.

All For One – alive. Captured and currently being held prisoner.

Dabi – alive. Last seen unleashing the latest of the League’s Nomu experiments on a rampage.

Himiko Toga – alive. In Season 3, she stole a sample of Izuku’s blood for unknown purposes. In Season 4, she was loaned by Shigaraki to Overhaul. She returned to the League in the aftermath of the Raid.

Jin Bubaigawara aka “Twice” – alive. He was on temporary loan from the League to assist the Shie Hassaikai. 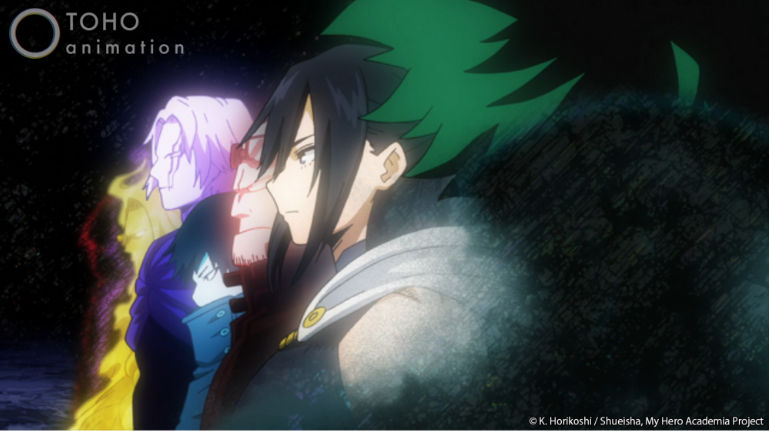 The Legacy of One For All

The nature of One For All is all too unique. While most people are born with their Quirks, One For All is passed down through its users. The Quirk itself enhances the user’s innate physical abilities astronomically, but it also connects its wielders to the predecessors of One For All. Izuku has had brief glimpses of those who held the Quirk before him. But if the final moments of Season 4 are any indication, his journey with this special Quirk has only just begun.

The hype train for My Hero Academia shows no signs of stopping as it rolls into Season 5. Despite everything that our young heroes have faced so far, there’s still no telling what new challenges await them. Be sure to catch up on all the intensity and drama here as we enter a new semester at U.A.!

Are you all caught up on MHA? Who are you looking forward to seeing again? Drop a comment and let us know!

Carlos (aka Callie) is a freelance features writer for Crunchyroll. Their favorite genres range from magical girls to over-the-top robot action, yet their favorite characters are always the obscure ones. Check out some of their pop culture pieces on Popdust and Looper as well as their satirical work on The Hard Times.

Do you love writing? Do you love anime? If you have an idea for a features story, pitch it to Crunchyroll Features!

#Competition: "Wakaba in the cinema" 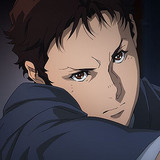 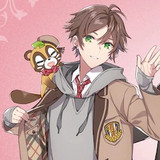 #INTERVIEW: So I’m a Spider, So What? Voice Actors Shun Horie and Kaito Ishikawa