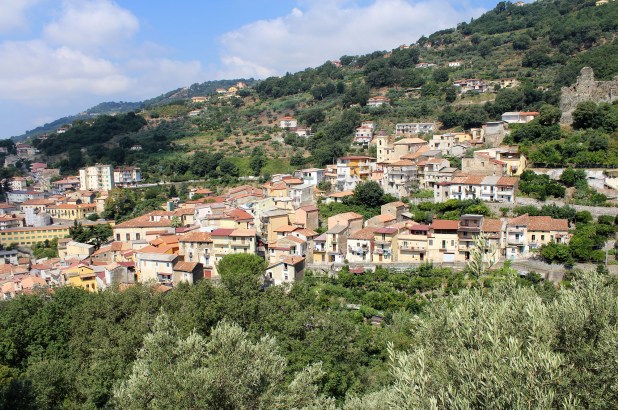 It sought to make an offer travelers wouldn’t refuse, but easyJet ended up apologizing for describing Italy as the “land of mafia and earthquakes” in a cringeworthy ad, according to reports.

“For an authentic taste of Italian life, there’s nothing better than Calabria,” the British low-cost airline’s ad read in Italian on its website. “The region suffers from a distinct lack of tourists because of its history of mafia activity and earthquakes.”

In the ad promoting flights to Lamezia, the airline added that the southern region — famous for its coastline, vibrant history and culture — suffered from “the lack of iconic cities such as Rome and Venice capable of attracting the Instagram crowd.”

Calabria — which occupies the “toe” of the boot-shaped country — is actually home to the ’Ndrangheta organized crime syndicate — but it also features spectacular beaches, national parks and other tourist attractions.

The area also was mostly spared from the ravages of the coronavirus outbreak and is eager to welcome tourists during the peak summer season.

Backlash to the ad was fierce.

Calabria’s governor, Jole Santelli, said the ad was “offensive, distorted and had a clear racist flavor.”

Opposition leader Matteo Salvini of the right-wing League party said the airline should be ashamed of itself.

Peppe Provenzano, the minister for territorial cohesion, said in a tweet: “Easyjet apologize, to Calabria and Italy. There is nothing else to add.”

Cultural Heritage and Activities Undersecretary Anna Laura Orrico said that “if Easyjet thinks that Lamezia Terme airport is the entrance to such a dangerous and unattractive place, it could always decide to give up the profits, worthy of note, that it collects providing, let us remember, a service,” the Mirror reported.

The embattled company, whose CEO Johan Lundgren sent a letter of apology to Santelli, removed the offensive reference and promised to investigate how the ad originated.

EasyJet said it was sorry “if this content has caused any offense. The intention was to highlight how Calabria is underestimated as a holiday destination for international travelers and to inspire more people to explore the region.”

The airline revised the ad to say that “thanks to its attractive coves, white pristine beaches, wonderful mountain and alpine landscapes, it is a perfect destination for your holidays,” according to the Mirror.

“Lamezia Terme is a fabulous place that is worth visiting at any time of the year,” it added. “In winter temperatures are milder than in other European countries; in spring and autumn the weather is perfect for outings, while in summer temperatures of 35 degrees are reached! It is always the right time to visit this wonderful city.”

In a Facebook post Tuesday, Santelli said she appreciated the removal of the ad and the mea culpa, but said the best way to remedy the “unprecedented gaffe” would be to increase flights to the region.

#Massive beehive stolen after it was removed from newly bought house