Disneyland and California Adventure are planning to open their doors to the public again on July 17th. This is only six days after Disney World in Florida is set to reopen. Downtown Disney is scheduled to reopen July 9th and hotels are aiming to reopen by July 23rd. Both parks, along with the Orlando location, have been closed down since the middle of March for obvious reasons. While cases in California have yet to go down, the Walt Disney Company thinks next month is suitable for public gatherings.

While Disneyland is aiming to reopen on July 17th, the state of California and the city of Anaheim need to give the official thumbs up before the parks can reopen. If Disneyland and California Adventure are able to reopen next month, both of the parks will have a “significantly limited” capacity, which will be “managed through a new theme park reservation system that will require all guests, including Annual Passholders, to obtain a reservation for park entry in advance.” If Las Vegas and Arizona are any indication, the Disneyland reservations are going to be a hot commodity.

Shanghai Disneyland opened a few weeks ago and immediately sold out of nearly a whole week’s worth of reservations. While this should be exciting news for North American Disney fans, the reopening will not look like a traditional day at either park from a few years ago. Strict health and safety measures are being put in place, which will involve a mandatory mask, temperature checks before entering the park, staggered parking, social distancing lines, and more. Cashless payments will be preferred, but this is Disney we’re talking about and they’ve been hemorrhaging money for months, so they’ll take whatever currency they can.

In addition to the aforementioned safety regulations, Disneyland and California Adventure will not allow character meet and greets and there will be no parades. It’s unclear how everything will work out as far as the annual passholders are concerned, but this should all be very interesting to see. Orlando opened up their version of Downtown Disney a few weeks ago and business has been booming. With Disney World set to open on July 11th, all eyes will be on them and their precautions, much like Universal Orlando currently.

Universal City Walk in California is now officially opened for limited business, but it is unclear when Universal Studios will be opening their doors. If the state of California and the city of Anaheim allow Disneyland and California Adventure to open, it will only be a matter of time before Universal is able to reopen, along with Knott’s Berry Farm, and Magic Mountain. Additionally, local fairs may consider opening up this summer too. For now, Disney fans will just have to wait and see what the local officials have to say about opening up one of the biggest theme parks in the world. The official Disneyland website was the first to announce the news. 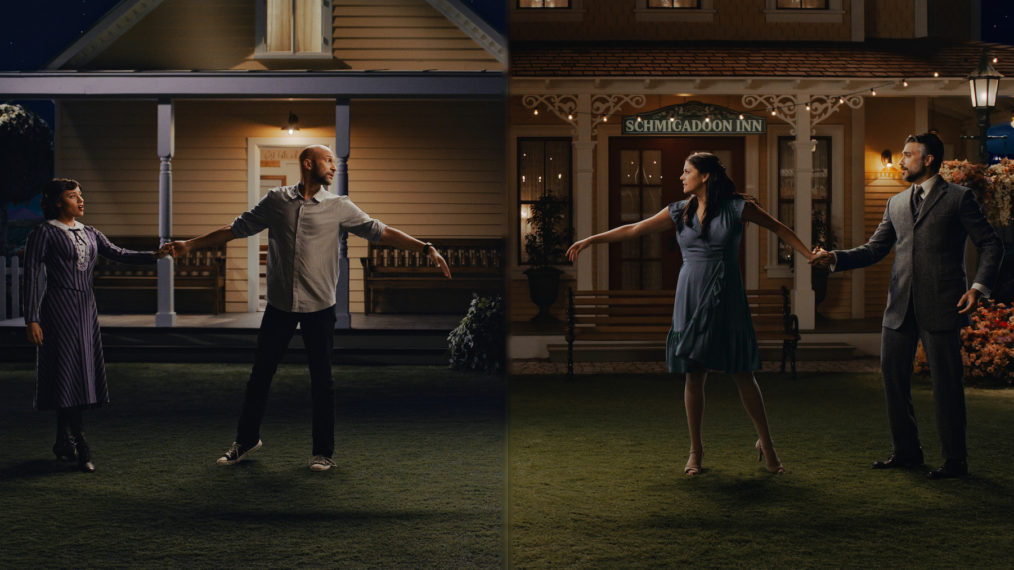 #’Schmigadoon!’ Creator Breaks Down the Musical References in the Songs

#Cicely Tyson of How to Get Away with Murder, much more dead at 96