Are you familiar with the “Hula Hana” song from Dirty Dancing, where Lisa Houseman (Jane Brucker) delivers a tone-deaf rendition for an upcoming talent show, complete with dance? While not at well known as the iconic lift scene between Lisa’s sister Baby (Jennifer Grey) and Johnny (Patrick Swayze), it’s still a favorite fan scene in its own right.

In an interview with Entertainment Weekly, Brucker said that once, at a film festival anniversary screening, she thinks it was the 10th anniversary of the movie, she walked into a movie theater in L.A., and nobody recognized her. She felt anonymous. That all changed at the beginning of the talent show rehearsal scene when the camera pans over from the piano player.

“In the screening when the scene started, the audience started cracking up and applauding. I went, ‘whoa!’ They knew what was coming, and they laughed and showed appreciation. Before that moment in the screening, I thought, ‘well, I had a nice little part in a movie once, big deal.’ But when that piano started, and everybody started laughing, I was like, ‘they noticed!’”

Originally the song in the scene was supposed to be “Some Enchanted Evening,” but it was too expensive. They were going to cut it until either screenwriter Eleanor Bergstein or director Emile Ardolino said, “unless you wanna write something?” So Brucker said, “yeah. I write stuff doing improv all the time. I’ll write something.”

Brucker wrote the story of the spoiled brat living on the island during breaks, which she had plenty of since she didn’t have a huge part. She can’t remember whose idea it was to make the song a hula but thinks it was probably choreographer Kenny Ortega. It was all the rage to do tropical themes at the time because of South Pacific.

“[At some point] Kenny said, “Put ‘wacka wacka’ in it.” I thought you couldn’t put “wacka” in the song because it sounded like “whack off.” I thought he was nuts. “You can wacka if you wanna?” Really? But then I thought, “Wait a minute, the movie’s called Dirty Dancing. Maybe I’m just square.” [Laughs]”


Credit Where Credit Is Due

Brucker didn’t get credit for co-writing the song until years later. At the time, she didn’t want to upset the producers by insisting that she should get something for writing the song, so she let it go. Then, when the movie became a big hit, she didn’t have any resources because the statute of limitations had run out. But when they did it as a stage production in Australia back in 2004, she was able to get a credit for the song written for the stage and retroactively whenever it plays in the film.

“When I first heard about the song being used in a stage musical, I got in touch with Kenny Ortega. I was on a cell phone at the farmers market here in L.A., and he’s going, ‘oh Jane, of course. We’ll split it 50-50. Let’s do it.’ But then he goes, ‘I’ll do it if you sing that last note at the end.’ I was like, ‘Kenny, I can’t. I’m in a parking lot at the farmers market.’ He said, ‘No, I’m not gonna do it unless you sing the last note!’ So, I bent into my car and sang, ‘away, away, awaaaaaaaay.’ He said, ‘Thank you very much.’ And that was that.”

She settled on Lisa’s “hypnotically off-key” singing style because Brucker thought she might hit the note and then lose it because Lisa aspires to do more than she can. So she wanted to hit it and then fall off, “like, she’s almost elegant, but she is not quite there.” She also ad-libbed the part where Lisa counts to herself (“…and it’s worth it when they watch her shake her grass! Four, five…”).

Brucker basically improvised the dance she did for the scene because Brucker was given no time. She was told that she would be in the background, and Ardolino would try to get a single shot of it if there was time at the end. So since it didn’t have to be a big, choreographed dance, Ortega and she huddled in the corner and came up with it. Brucker doesn’t take sole credit for any of it, but she thinks the bow at the end was her.

“I waited in my trailer, and then I got a knock on the door, and so we did it in two takes. It just wasn’t very complicated. It was pretty improvised with Kenny. He [came up with] more of the elbow stuff, and I didn’t understand what he was doing. But now I do, because that’s how the men on the islands dance.” 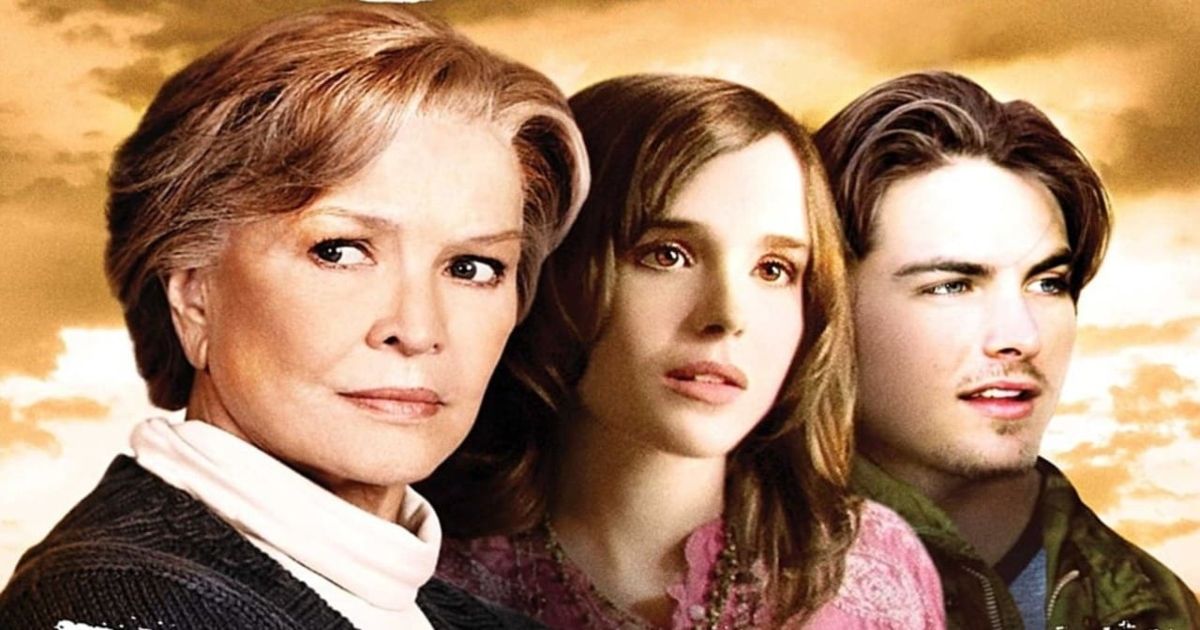 #Here Are Some of the Best Canadian Movies of All Time