Good news for all music lovers and “Detective Conan” fans alike: The original soundtracks for the film series of the little master detective will be added to Spotify! This has now been announced by the Japanese Twitter account of the popular audio streaming service.

The film music albums are to be added to gradually, with two new soundtracks appearing every week. The music for the first two films, “The ticking skyscraper” and “The 14th goal”, is already available for download. It is not yet known whether the brand new soundtrack of the upcoming 24th movie will be added to the platform in the future.

We thank our colleagues from ConanNews.org for the quick sighting!

The contribution “Detective Conan”: Soundtracks of the films appear on Spotify first appeared on BuradaBiliyorum.Com.

#Squid go on a 3D world tour for the “Narrator” video 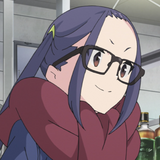