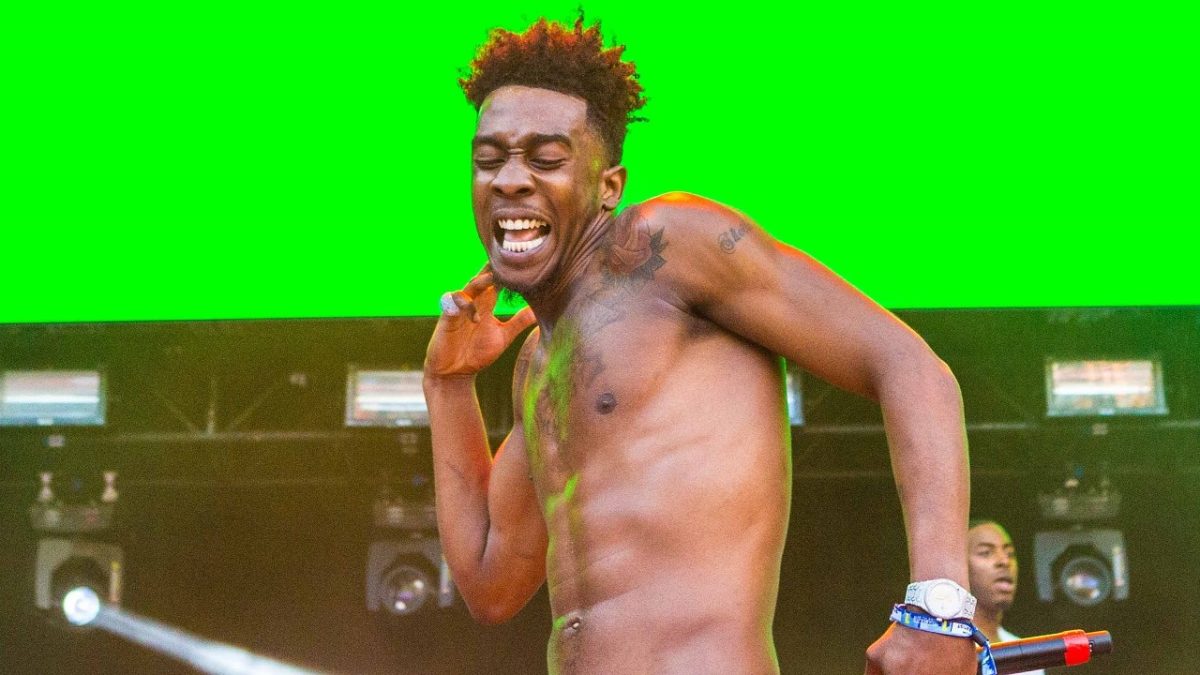 HipHopDX/Mike Lavin @thehomelesspimp2
Desiigner has brought a family squabble to the internet, calling his cousin out among the “thirst buckets” who can’t keep their eyes off his girlfriend.

The rapper shared a post to his Instagram stories on Wednesday night (November 23), with a caption over the video that read: “You gotta watch your family,” accompanied with a laughing crying emoji and an eye emoji to show that he was joking.

In the clip, Desiigner starts out by explaining that he has a problem with “you thirst buckets that’s always looking at my girl’s ass.” He then turns the camera on his cousin, an proceeds to jokingly interrogate him.

“I plead the fifth,” his cousin responds, before mumbling something that causes them both to laugh about the situation.

Desiigner puts his cousin on blast for checking out his girlfriend’s ass 👀https://t.co/FoC4kxW3kg pic.twitter.com/nEcPY13SeS

Later in the evening, Desiigner used his IG stories to share some news with fans. After declaring earlier this month that he was done with music, the “Panda” rapper revealed that he’s had a change of heart.

“I’m not gonna stop,” he wrote in a story, “music is my therapy. I lost a lot of bros this year. we all say things out of emotions but the truth is in, me being able to let out a good cry help me see thing’s way more clearer now. I’m excited to keep sharing the gift of music that god gave me to y’all”

Desiigner was one of several artists who shared their emotional reactions to TakeOff’s death via social media earlier this month. The former G.O.O.D. Music hitmaker broke down in tears on Instagram Live after learning of the rapper’s death.

Desiigner also suggested he was retiring from music, writing: “I’m done rap” in an Instagram Story.

This isn’t the first time the rapper’s mindset has impacted his music. Earlier this year, Desiigner revealed that his decision to leave G.O.O.D. Music was also driven by his emotional state at the time.

“The reason why I left Ye is ’cause I was going through a little mental thing,” Desiigner told Vlad TV. “I was just coming up out of high school, my pops just went into a coma. While I was on tour, I was having a great time but I just knew something at home was happening with my mom and my pops health and shit.

He continued: “So it was just like, I wanted Ye to talk to and it was hard to speak on it. So I wound up just like, I don’t know man, I was just going through it. I had like a young emotional stage at that time, but I was having so much fun, bro.”

#The Version We Didn’t See – /Film #6 of the Show’s Most Emotional Episodes So Far, Ranked #Ranking All of the Celebrity Guest Appearances

#Mads Mikkelsen Grindelwald Will Be Different From Depp’s – /Film