“#Dating Around Season 2: Which couples are still together?”

Dating Around Season 2 is now streaming on Netflix, which couples are still together?

The second season of Dating Around is now streaming on Netflix and bringing people together! Despite the wishes of fans of the first season, the streaming titan didn’t change a thing about the format of the reality dating series.

Each episode is still under 30 minutes long, doesn’t offer updates, and there’s no commentary as to why the single picked that particular person for a second date or why the others weren’t chosen. I get it, it’s easier to film and Netflix wants to keep it under budget and simple.

My only problem is how long it takes for new episodes. It has been over a year since the first season dropped. For such a quick and simple format, you’d think we’d get a new season a lot sooner. And now because of the COVID-19 spread, who knows how long it will be before season 3, if there even is one.

Which couples are still together from Dating Around Season 2?

I  don’t feel there was a single pair this season that immediately fell for each other, but did they leave the show to continue dating? We don’t have a clear answer, but the participant’s Instagram accounts help us catch up on what they’ve been doing so let’s have a look.

First, there’s Justin. He appears to be single based on the posts he shares on his Instagram, but he could have been asked not to post anything to avoid spoiling details about Dating Around Season 2. We’ll find out soon as the cast should be able to give us an honest update in a couple of weeks.

We then have Demi, and it looks like she’s in a relationship, but not with anyone we met on the show. We’re happy for her regardless!

Deva is either single or prefers to keep her love life private. One thing is for sure, this Queen has been keeping super busy! Follow her on social media for inspiration and amazing fashion shots.

Next up, there’s Benjamin! He has a few awkward exchanges, but he’s truly a sweetheart and gentleman. I wish I could report to you all that he and Alex are together, but his Instagram account is new. He only has two posts at the time of this writing and they don’t’ share too much. We’ll need to check back soon.

Heather is truly a beauty in and out, but did she find her partner in crime on Dating Around Season 2? Judging by her posts, it doesn’t seem like it! But she’s having a blast living her best life with friends and family.

Finally, there’s Brandon. He has also been living life to the fullest and is always with friends. There are a few flirty posts, but we’re not sure if he has found love.

Were there any couples you thought would still be together? Do you think Netflix should renew the reality dating series for a third season?

Dating Around Season 2 is now streaming on Netflix.

Tags
Dating Around Season 2 is now streaming on Netflix Dating Around Season 2: Which couples are still together? which couples are still together? The second season of Dating Around is now streaming on Netflix and bringing people together! Despite the wishes of fans of the first season
Share
Facebook Twitter LinkedIn Tumblr Pinterest Reddit VKontakte Odnoklassniki Pocket Skype WhatsApp Telegram Viber Share via Email Print 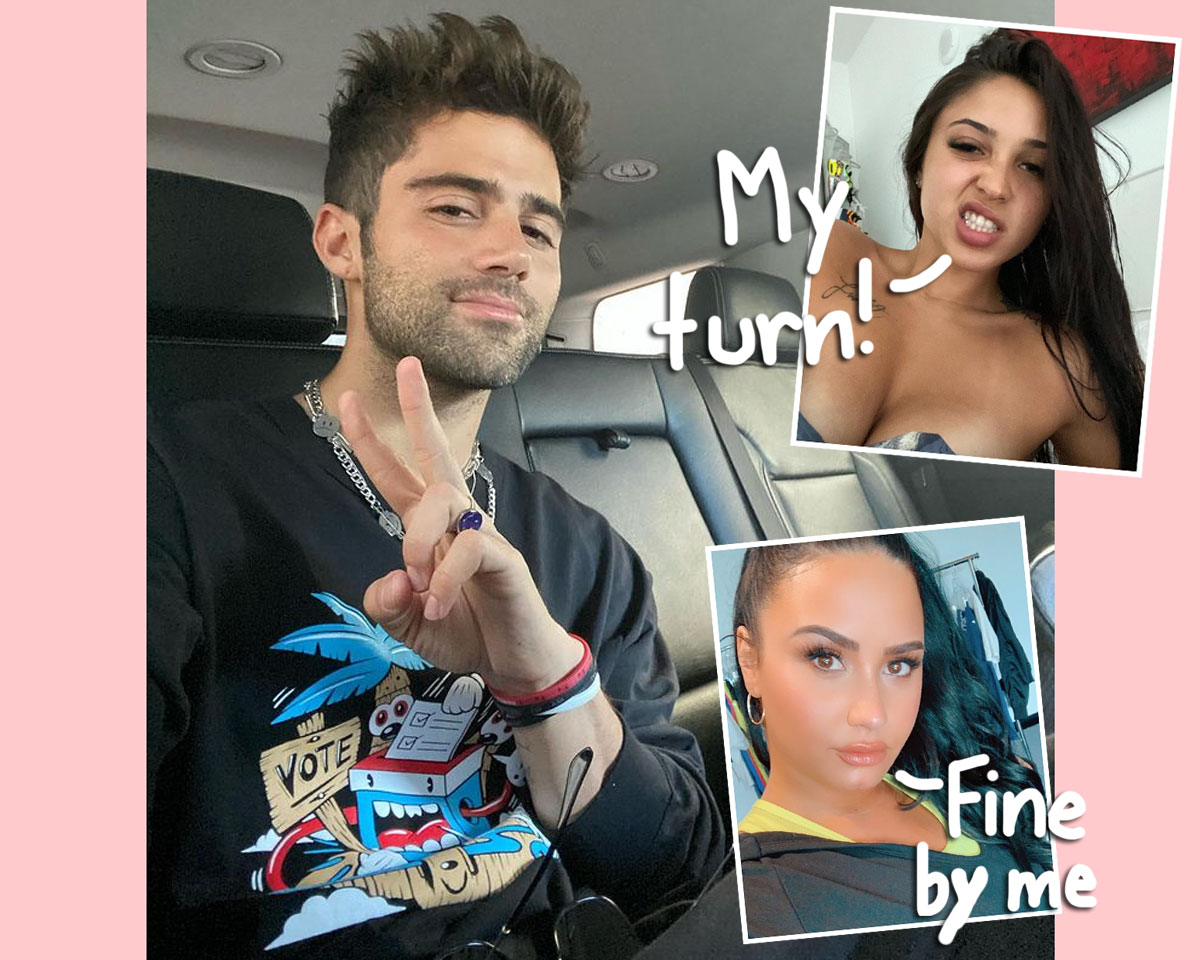 #Demi Lovato’s Ex Max Ehrich Seen Getting Cozy With A New Woman — Here’s What We Know About Singer Mariah Angeliq!