It’s a shame that on the day we found out NBC canceled Council of Dads, the best episode yet airs.

On Council of Dads Season 1 Episode 9, the Perrys dealt with a hurricane aiming right for them in Savannah.

The storm as a plot device provides moments for the characters finally to address things that have been waiting to be said.

Not only was she stuck with him during a hurricane, but she’s also going into labor. There’s no time to keep it from him.

J. August Richards’ portrayal of Oliver at that moment is worthy of an award. So many different feelings were expressed in his facial expressions and with his delivery of the line that Oliver’s not going anywhere.

He’s wanted the baby for so long, and there’s nothing that could ever change his mind about adopting him. We all knew that, and now Sage finally does, too.

I really liked that Sage and Oliver were on opposite sides of a wall during that moment. Sage would’ve never been able to tell him to his face. It was a great way for us feel the divide between the two characters.

Sage has only known Oliver for a short time. It’s entirely reasonable that she would be worried he wouldn’t want to go through with the adoption once he found out about her condition.

But when Oliver reached for Sage’s hand behind him, we knew he would never even consider that. All he cares about is his family, and it’s a true testament to his character that even at that moment, his first instinct was to comfort Sage instead of figuring out how he’s feeling.

I guess we’ll see how good he is at other things, like delivering a baby in the finale, because Robin might not make it back in time.

It was very cathartic to see Robin and Theo have the conversation they’ve been building up to all season.

Robin’s been frustrated with Theo for acting out this past year, while Theo’s been feeling that she doesn’t even care about him. But, she’s frustrated because she cares about him.

We knew that these two didn’t have the strongest relationship on the show, but it’s heartbreaking to see how fragile it felt on Theo’s side.

Robin’s been trying her best to be there for everyone in the wake of Scott’s death that she missed what was right under her nose. Theo’s been struggling for a long time.

This life-or-death situation was the perfect way to force them to show how much they care about one another so they can fix their relationship. Robin drove through a closed-off area during a hurricane to make sure Theo was okay.

And thank God she did! Theo would’ve drowned if she didn’t come for him.

I am in awe of you.
Robin

I don’t blame him for going back to the house, even if it was reckless, because I wouldn’t be able to leave my dog behind either. But, stealing his mom’s car and making his brother lie to do it? Yikes.

Then again, Robin probably wouldn’t have let him go if he asked her beforehand. It’s still insane to me that they left the house without the dog in the first place, but everything worked out okay in the end.

They got to have their big mother and son moment, and it seems like they’ll be able to get back to safety after all.

Anthony is the last person Robin wants to see right now, but at this moment, he’s a godsend.

Who knows how he got there during a hurricane, but he showed up when he was needed most.

That seems to be the central theme of Council of Dads. Showing up, even when the going gets tough. Especially then.

But, sometimes that’s not enough.

Larry’s showing up for his daughter now, but he’s too late.

He wants so desperately to be in his daughter’s life and to make amends for the pain he’s caused, but he can’t.

Sarah doesn’t want to be around him.

Her life has been better without him in it, and as tough as that had to be to hear. Hopefully, it’ll give Larry enough motivation to move on.

He’s accepted what he’s done and tried all he could to fix it, but the best thing is for him to respect her choice and move forward.

It’s a crushing blow, especially after finally being called grandpa by Ivy, but it had to happen.

It’s a bit random that Sarah is so willing to open up to Luly, but it can be chalked up to holding in the truth for way too long. She loved her dad very much, but that doesn’t mean she has to be around him now.

And if he keeps showing up and trying to be involved in her life, it’ll only make things worse.

Family is the most important thing in the world, but unfortunately, we only have one more episode with this one.

Were you surprised Anthony came to the rescue?

Do you agree with Sarah’s decision?

What do you think is going to happen with Luly’s letter?

What do you hope gets tied up in the finale?

Let us know what you think in the comments below!

And tell us how you’re feeling about the cancellation!

Will you miss the Perrys?

Don’t forget that you can watch Council of Dads online here at TV Fanatic. 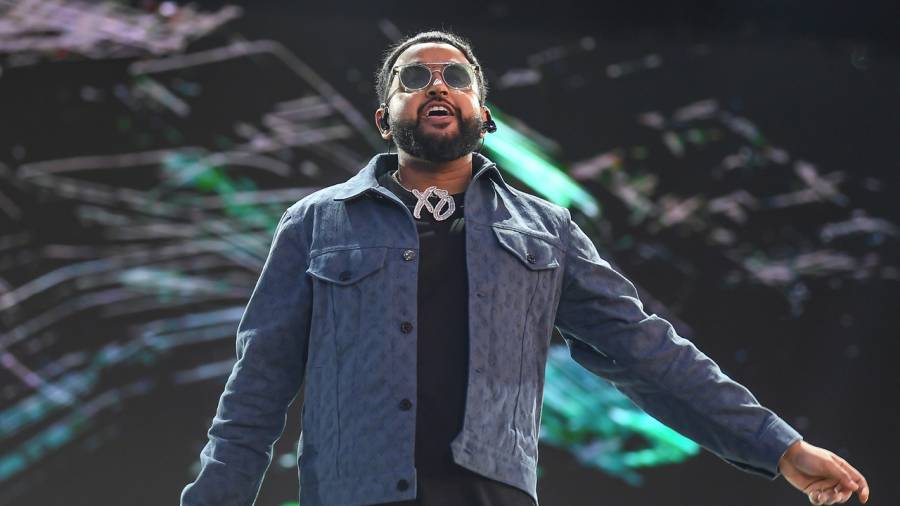