“#Columbia marching band reportedly cancels itself due to misconduct accusations”

According to the Ivy League college’s newspaper, The Columbia Spectator, the infamous troupe said in a letter that it voted to disband after a Saturday meeting to address anonymous Facebook posts accusing band members of misconduct.

“The Band has maintained a club structure founded on the basis of racism, cultural oppression, misogyny, and sexual harassment,” the letter read. “While substantial efforts have been made in recent years toward undo-ing decades of wrongdoing, we as a Band feel ultimately that it is impossible to reform an organization so grounded in prejudiced culture and traditions.”

The letter from the band, which had a reputation for pulling pranks, said: “The current Band hopes that the Band’s dissolution will provide relief to the present suffering of the Columbia community and time to heal from the decades of harm caused by this organization.”

The group had long prided itself on politically-incorrect irreverence and frequently clashed with school officials.

The historic group, which has been around for over 100 years, didn’t have much to play for anyway, as the school banned the group from official campus functions last year after a prolonged fight over funding.

#Anti-Trump lies and other commentary

Reps for the band could not immediately be reached for comment.

But, according to the school newspaper, the letter asserted that the online accusations were grave enough to force a reckoning and included “allegations of sexual misconduct, assault, theft, racism, and injury to individuals and the Columbia community as a whole.”

“The Band has unanimously and enthusiastically decided to dissolve,” the letter stated. “The Columbia University Marching Band will not continue to exist in any capacity and will no longer serve as a Columbia spirit group.”

The group cryptically stated that it would issue further statements on its decision in the coming days — including a “more thorough apology” for its behavior.

#Man brain-dead after being ejected from moving SUV in Queens

#A Mysterious Gyllenhaal Villeneuve Project is in the Works – /Film 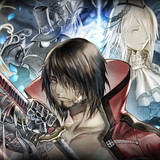