“Burden of Truth Season 3 Episode 3 Review: No Fathers Or Sons”

We finally met Billy’s father on Burden of Truth Season 3 Episode 3. To put it kindly, he is a bad dude.

We’ve heard about Billy’s dad before. We knew he drank and that Billy was estranged from him. We knew that Shane and Wendy still visited him. Now we have met the man in the flesh, and he is far worse than what we might have imagined.

Joanna referred to him as Billy’s abusive father. Considering the fact that when she said that Billy had just gotten out of jail for having a drunken brawl with the guy, this isn’t a big surprise.

Hank Crawford is manipulative. We learned that he left his young kids alone after their mom died and that he used to take an eight-year-old Billy to the race track.

He gambles, and he drinks, and he is a mean drunk! He even tried to get money off Billy after losing everything betting on horses, and started talking smack about Joanna.

It is no wonder Billy slugged him.

Hank: I want my one phone call!
Billy: That’s only in the movies, Hank.

This isn’t the first time we’ve seen Billy get a little violent, though it has been a while.

On Burden of Truth Season 1 Episode 7, Billy got arrested for punching out Joanna’s ex, Alan. At the time, his niece, Molly, alluded to a time when Billy was likely to find a violent solution to his problems.

Mr. Crawford: Those kids ran roughshod all over my property and how old’s their oldest?
Joanna: Twelve.
Mr. Crawford: Only a Chartrand would leave a twelve-year-old to babysit alone all day.
Billy: You ever hear of Wendy? Billy? Shane?

Seeing how his dad riled him up, we can get a picture of what Billy was like when his dad was in his life. It is fascinating comparing that angry, violent kid to the cool-headed, benefit-of-the-doubt guy he is now.

It looks like his dad can still press his buttons though, which makes us wonder what it will be like now that Hank is around.

We just met Hank, so I could be judging him too quickly. It is possible that he will redeem himself. And you know I’m a sucker for a redemption story.

While Hank and Billy were in jail, they alluded to his behavior going back to him blaming himself for his wife’s death. Grief can lead a man to drink, but it sounded like there was more to the story. Just how responsible was Hank for what happened to Billy’s mom?

Billy: I’m kind of curious about your newfound interest in child safety. Because after you left and mom died you seemed pretty fine with the idea of us raising ourselves.
Hank: I had to feed my family. I was working.
Billy: The benders? Were those work?

The question then becomes, was he indirectly responsible? Like, was it a drunk driving incident? Or are we dealing with abuse at its finest? Because if it is the latter, I don’t see Billy ever being “ready” to forgive him.

Getting this glimpse at Billy’s roots does show another reason that Joanna and Billy might be drawn to each other. They both have major daddy issues. Birds of a feather and all that.

Billy: I’m not rubbing your tickets.
Hank: You used to do it all the time.
Billy: Yeah, when I was eight.
Hank: I didn’t bring you to the races when you were eight, did I? Well, you used to bring me all kinds of crazy luck.

Speaking of that ex of Joanna’s whom Billy punched, Alan is back. We were never rooting for him with Joanna because Billy, but he did prove to be a good guy in the end.

And his intentions seem okay here too. He isn’t looking to break up our favorite couple but rather to give them a business opportunity.

On the surface, becoming counsel for a hedge fund would be reverting for Joanna. I get why she wouldn’t want that. She has come so far as a human being. She wants to try cases that matter. She doesn’t want to end up like her father.

Joanna: I have my own firm.
Alan: Yeah. I know. What’s the name?
Joanna: Crawford Chang.
Alan: Why would you let Crawford put his name first?
Joanna: It sounded better

However, Joanna and Billy are drowning in debt right now. Joanna may not know it, but they are. Also, Joanna is aware that they keep losing cases.

If they could find a way to take this opportunity, they could get a little cash. Maybe then they could focus on cases that matter without worrying about going bankrupt.

Joanna: Where to start? Toxic disasters, kids being taken, Luna, my father, it’s all been …
Alan: Hard.
Joanna: Human. Which is hard, for me.

Maybe it would be too hard to balance; I don’t really know enough about being a lawyer to weigh in on that. But they have to start making money, or else things are going to get really bad for them.

At least, they don’t have to worry about another mouth to feed, though.

That’s right! Joanna finally took the test, and it is negative. Personally, I am relieved. I do not think she and Billy are in a place to be having a child right now.

In some ways, I could see Joanna’s development leading to her being a mother someday.

It is a very human thing to do, especially when you didn’t have the best parents. In other ways though, I would find it unnecessary and slightly out of character. Either way, I think it is the wrong time.

Kodie: Man I miss driving. Sweet tunes. Open road. Best feeling in the world.
Luna: When do you get your license back.
Kodie: Let’s work on my kids first.
Luna: Yeah. Cool. Good to prioritize. So what’s the first thing you’ll do?
Kodie: What?
Luna: When you get your kids back.
Kodie: Squeeze ’em ’til they can’t breathe. And then go to DQ.

Initially, I thought Joanna would agree with my feelings on it. They certainly were showing her fear of having children so far during  Burden of Truth Season 3.

But was it just me, or did she look a little disappointed by that negative?

Regardless of how Joanna feels about having a child, there is no question that Kodie wants her’s back.

Joanna is not doing a stellar job making that happen, which doesn’t make Kodie too happy.

On the one hand, I get why Kodie was so upset. Being separated from her kids like that must be awful. On the other hand, if she doesn’t start trusting her lawyer, she’ll never get them back.

I’m not so sure if I trust Kodie, to be honest. Her story keeps changing. And that scene with Luna? What was it, exactly, she had to pick up at the reservation? Was it a spiritual good luck thing?

I don’t think Kodie is dumb enough to pick up drugs right before taking a drug test, but her behavior was a little off there.

Luna: I’m Luna.
Kodie: So what, you’re like, my babysitter for the day?
Luna: Think of me more like your chauffeur.
Kodie: Are you the one who went to jail? (Luna nods) Must be tougher than you look. Have to be to work for Joanna.
Luna: What does that mean?
Kodie: Don’t get me wrong, I love her, but even back in grade school that girl was wicked competitive.
Luna: And that’s what makes her a great lawyer.

Luna handled it pretty well, considering — until the jail scene. I like that they are exploring how the events of last season affected her. It wouldn’t make sense for her to just be okay with it all, even a year later. She has so much on her plate now, though, including her missing roommate.

We finally saw where Taylor was. No surprise, she was tracking down another bad dude/old family friend, Jeff Mitchell. I get that she is motivated, but she is also putting herself at risk in a big way. I wouldn’t be surprised if something really bad happened to her.

Her spying did give us a little clue regarding Mercer though. What was in that package? Why was Mitchell giving it to him? Given what we’ve learned about Mitchell so far, I doubt it is anything good.

I had so hoped Mercer was really going to mend his ways, but I guess this episode is just chock-full of bad dudes. Not to mention bad things.

I love how this show shines a spotlight on the bad things that happen every day. Kids getting taken from their homes and parents because the family is being discriminated against?

Then the kids don’t even get to keep their stuff, and they get chucked off to some foster family? These are harsh truths, and I love that this show explores them.

Diane: Even as the principal there’s nothing I can do. Makes me feel so helpless.
Joanna: Yeah. But I don’t do helpless.
Diane: And that’s why God made you the lawyer.
Joanna: My father made me a lawyer.
Diane: And you’re the best one I know.

Now it looks like Kodie may have kidnapped her own children, which, legally, is really bad for her. It could be Marlene, of course, but after Kodie and Joanna’s fight, Kodie is a good candidate. The police seem to think so, at any rate.

That fight was pretty harsh.

We still don’t know what the history was between these two. What did Kodie do for Joanna? We’re getting snapshots of flashbacks, but they are leaving out so much.

Did Joanna run away and Kodie took her in? Or was Joanna considering suicide and Kodie saved her? Or did it have to do with Joanna’s mom? So much is unclear.

It’s another episode that left us wanting more. This show never disappoints.

What do you think, Fanatics? Can we trust Kodie? Did she take her kids? What happened between her and Joanna all those years ago?

Let me know in the comments, and do not forget you can watch Burden of Truth online right here via TV Fanatic.

Burden of Truth airs Thursdays at 8/9c on The CW.

Leora W is a staff writer for TV Fanatic..

Tags
Burden of Truth Season 3 Episode 3 Review: No Fathers Or Sons he is a bad dude.  We've heard about Billy's dad before. We knew he drank and that Billy was estranged from him. We knew that Shane and Wendy still visited him. Now we have met the man in the flesh We finally met Billy's father on Burden of Truth Season 3 Episode 3. To put it kindly
Share
Facebook Twitter LinkedIn Tumblr Pinterest Reddit VKontakte Odnoklassniki Pocket Skype WhatsApp Telegram Viber Share via Email Print

#A Double Shot at Love season 2: Vinny, Pauly D, & what makes it different 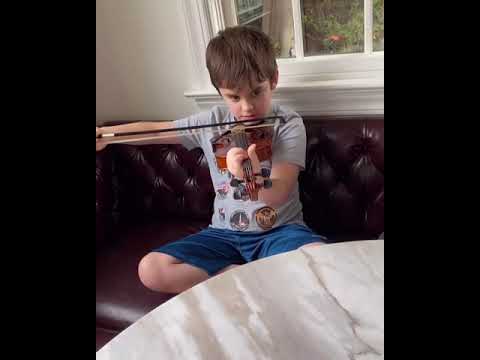 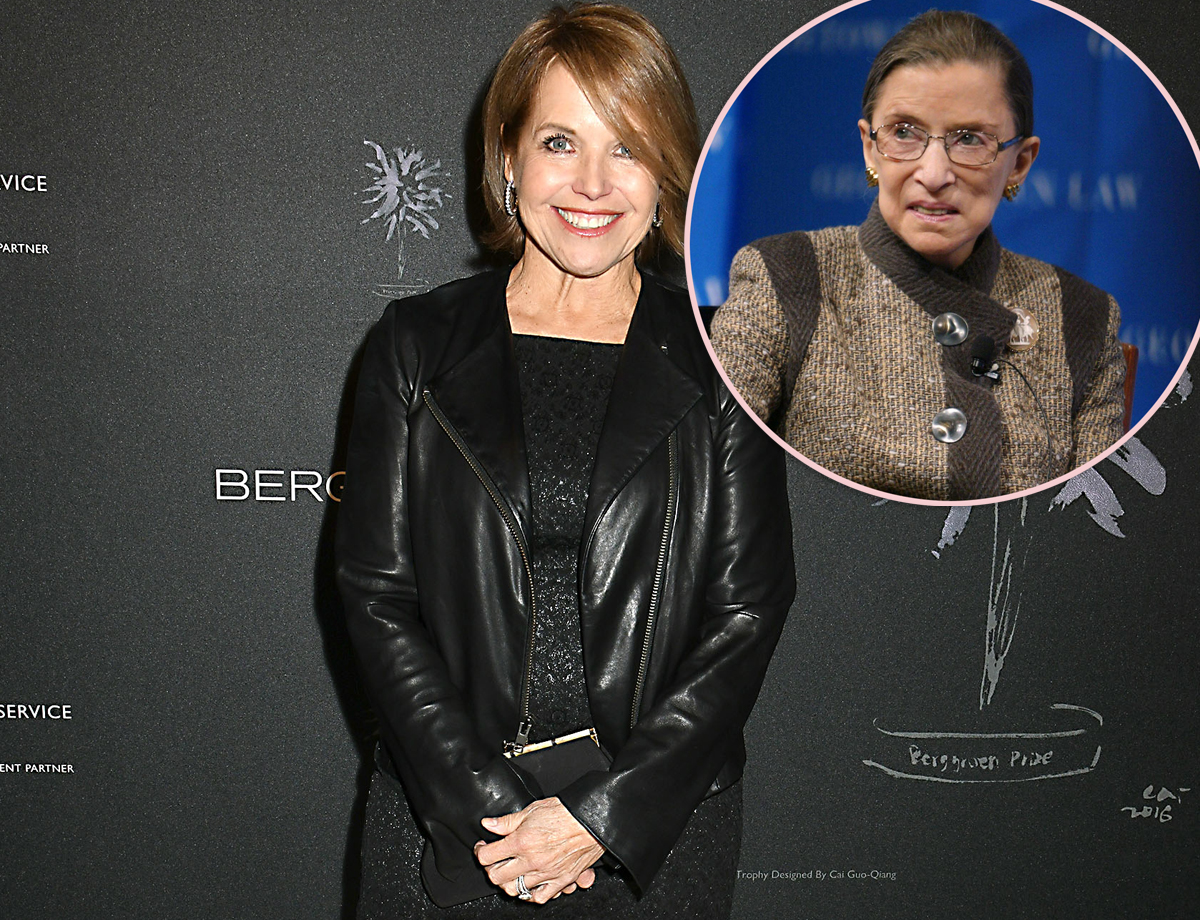 #Attack the Block 2 May Happen, John Boyega and Director Have Ideas for Moses’ Return