Brooklyn Nine-Nine season 8 won’t arrive until next year. The popular comedy about a rag-tag bunch of lovable cops made headlines recently when it was announced that the upcoming season was throwing out some scripts in light of the recent civil unrest surrounding the police in teh wake of the killing of George Floyd and several other Black people. Now, because of the coronavirus, the show has been delayed until 2021.

Brooklyn Nine-Nine season 8 was supposed to arrive this fall. Now, per Deadline, we’ve learned that the show won’t drop its new season until 2021. The delay is because of the coronavirus – which is still very much around, despite what some politicians would have you believe. The series, which originated on Fox, was canceled only to be saved by NBC. It remains a popular series due to its likable cast and even more likable characters. However, the show now has to deal with the harsh reality of the real world.

#They Came Together is a Brilliant RomCom Spoof – /Film

After the killing of George Floyd, cops have come under much-needed scrutiny, with many calls across the country to defund the police while also holding them accountable for murders and shootings of Black people. Airing a show about a group of goofy, fun-loving cops right now would probably seem like a bad idea, no matter how you feel about the show.

And for what it’s worth, co-creator Dan Goor and the cast are well-aware of this, and aren’t planning on turning a blind eye. Goor and company reportedly had scripts for four episodes ready to go when protests about the Floyd killing started to spread. As a result, Goor tossed the scripts out, and the team decided to rework the upcoming season to directly address criticisms against the police.

Recently, Andre Braugher, who plays Captain Raymond Holt on the show, said: “It’s a very complicated subject, but I think [TV shows] have to be portrayed much more realistically, in terms of this: the convention in police shows of police breaking the law and that being a good thing, that police breaking the law is okay because somehow it’s in the service of some greater good, is a myth that needs to be destroyed.”

Braugher also said: “What we have from [creator] Dan [Goor] is a commitment to write a smart show that will not attempt to hide itself in a fantasy. So the Nine-Nine is going to have to deal with what we know about the New York Police Department…I have a tremendous amount of confidence in [the writers] that we’re going to deal with this in a smart and funny way that acknowledges the world as it is.”

I’m a big fan of Brooklyn Nine-Nine, and I’m glad the show won’t be ignoring what’s going on right now. And while I wish we could get to see the new season sooner rather than later, I completely understand why we have to wait. 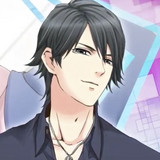 #Scandal in the Spotlight Brings More Otome Romance to Switch

Watch The Artist’s Wife with film summary and movie review