“#Bride rushes to help crash victim while in her wedding dress” 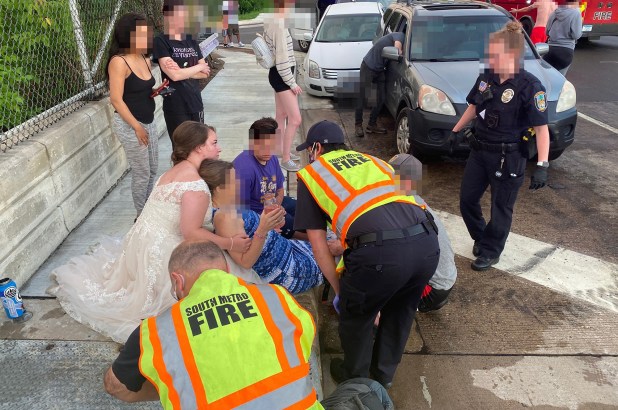 Here comes the bride, all dressed in white – putting her fresh nursing degree to use to help an accident victim.

Newly hitched Rachel Taylor, 22, and her hubby Calvin, 23, were en route to their new home in Grove Heights, Minnesota, recently when they witnessed an accident, the St. Paul Pioneer Press reported.

A black Chevy Tahoe barreled through an intersection and slammed into a pair of vehicles that had collided a few minutes earlier as their occupants were sorting things out, according to the outlet.

Tamara Peterson, whose son had been in one of the two crashed vehicles, had just arrived at the scene and was standing nearby when she was struck by the Tahoe.

“I saw a couple of people dragging a woman over to the side of the road,” Rachel told the Pioneer Press. ” I could see a gash in her right leg. I think I saw her bone in it.”

Her nursing instincts kicked in as she scooped up her dress and rushed to the stricken woman’s side, holding her and keeping her calm until an ambulance arrived, the outlet reported.

Meanwhile, Calvin snapped a heartwarming photograph of his wife and shared it on Facebook.

“My rockstar of a bride gets out of the car, wedding dress and all, and rushes over to help while I called 911. Rachel held this woman and talked to her so nicely and helped her as well as the paramedics that came later,” he wrote.

“She held her for at least 15 minutes until the EMTs got her on a stretcher,” Calvin said.

In nursing school, Rachel learned how to help keep women in labor calm.

“I just talked to her. I said, ‘You’re so strong. You’re so brave. I’m so proud of you,’” she told the paper, adding that she “just went into nurse mode.”

“It seemed pretty natural. I was pretty surprised. I’ve always been lacking in confidence about my nursing abilities so it was nice to see that in a situation like that, I knew what to do,” Rachel added.

Peterson expressed her appreciation for her “gifted angel,” saying, “She was awesome and helped save my life by keeping me focused, and calm.”

After the woman was taken away in the ambulance, Rachel said she felt “frazzled” and amazed at the turn of events on her special day – but things got back on track and the couple headed to Montana the next day for their honeymoon.

“I am so blessed to have a wonderful wife who will always take care of people who need it, and we were blessed that we were able to be in the right place at the right time to make a difference,” Calvin wrote on Facebook.

“I am still blown away that she got out of the car in a scary situation to do what she does best. I can’t wait for a hospital to scoop her up so she can make a difference in people’s lives every day. I am so proud of my wife.” 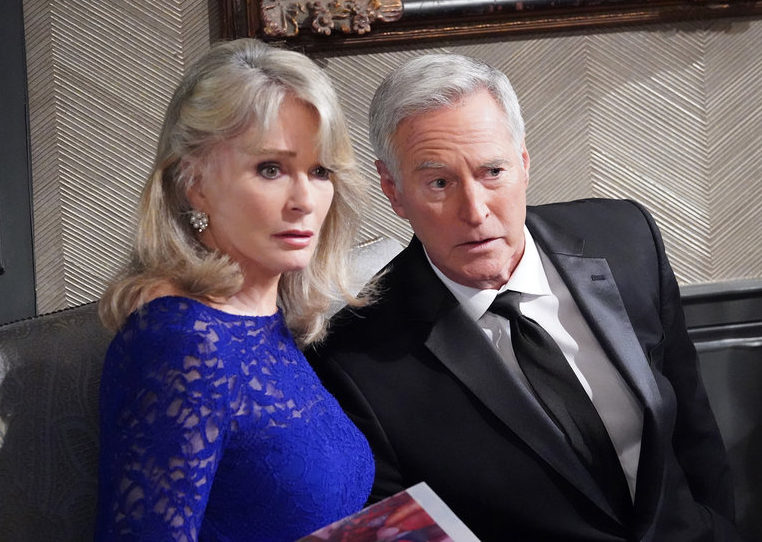