“#Bob’s Burgers: Which Season 10 episode is most underrated?”

When Bob’s Burgers was on hiatus last year, it was fun to look back and pinpoint the most underrated episodes from each season. With Season 10 now officially wrapped, it’s only fair to do the same thing. If you missed any of those, you can check them out. Similar to previous seasons, Season 10 had its ups and downs before eventually finding its footing.

As per the previous articles in this series, each season always has some standout episodes, a few duds and some episodes that didn’t get enough love. In particular, it feels like Season 10 wasn’t as beloved as previous seasons. Either way, the love for Bob’s Burgers is still there or we wouldn’t be getting a Season 11.

Before getting into most underrated episode, there will be spoilers from Bob’s Burgers Season 10.

If you aren’t caught up, then you will be spoiled. As always, feel free to share which episode you consider the most underrated from the season. With the disclaimer out of the way, let’s get into Season 10’s most underrated episode.

Looking back at Season 10, there were a few milestones for Bob’s Burgers. The first was the series changing timeslots. The Belchers went from airing at 8:30 p.m to airing at 9:00 p.m. which moved them into a Prime Time slot. Another milestone was the show airing its first St. Patrick’s Day episode, one of the few holidays the family hasn’t celebrated. Similar to Season 9, the show also gave side characters more focus on episodes including Nat and Josh, a former boyfriend of Tina’s.

Looking back at the beginning of Season 10, there were a few underrated episodes. In particular, the episodes where Bob teamed up with Gene and then Tina didn’t get as much love. The one making the cut is “Boys Just Wanna Have Fungus.” It’s so rare we see Bob and Gene paired up so it was nice to see them getting their due. The episode was incredibly funny while showing much of a dynamic duo Bob and Gene can be. Hopefully, the show decides to pair them up for future episodes.

Skipping ahead a bit to Season 10, Episode 7 was “The Land of the Loft.” The episode focuses on Bob and Linda getting invited to a cool loft party while the kids and Jen get into some shenanigans. It’s an absolutely bonkers yet incredibly fun episode. Weird things always happen when Jen babysits the Belcher kids. “Land of the Loft” is no expectation as them ending up at a strip club wasn’t even the weirdest part of the episode.

Moving towards the middle of the season, we got “All That Gene.” Gene can be a tough character when it comes to leading an episode. However, “All That Gene” turns that idea on its head when Gene realizes he isn’t a good actor. It’s a tough moment for Gene, but he gets his “revenge” in the end. Sadly, Gene should just stick to singing and we have “All That Gene” to thank for that.

Before getting into the most underrated episode, there’s one more honorable mention. “The Handyman Can” is incredibly underrated. Similar to “All That Gene,” Teddy has to deal with an enormous failure that causes him to question everything. The Belcher kids come up with stories to help him realize his impact and it actually works. Thankfully, Teddy is able to get his confidence back. Teddy is already an underrated character so it’s nice to see the family cheer him up and make him feel better as we’ve never met his family.

The top most underrated episode of the season

Last but not least, the most underrated episode of Season 10 is “Tappy Tappy Tappy Tap Tap Tap.” Not only do we rarely see Josh but we rarely find an episode where Tina only wants to be friends with a guy she has a crush on. The episode focuses on Josh getting injured and Tina decided to figure out who did it. We find out it was just a ploy so she wouldn’t feel so guilty by telling Josh she didn’t “like like” him. Eventually, it’s revealed Josh only wanted Tina there because of how honest she is.

Overall, the episode shows us a different side of Tina we rarely see and it’s so refreshing. It would be nice to see Tina just being friends with a guy and not being obsessed with him as in previous episodes. Tina gets labeled as “boy-crazy” all the time so it’s nice to see her just as a friend. Hopefully, “Tappy Tappy Tappy Tap Tap Tap” will start a trend for future episodes and give Tina more depth as a character.

Which Season 10 Bob’s Burgers episode do you think is most underrated? Any episodes you think I missed? Be sure to let us know in the comments!

Marvel’s Agents of SHIELD: Star Thinks “Everyone Will Be Happy” with ABC Series Finale 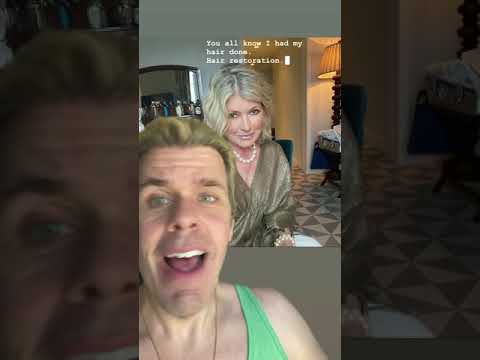