“#Biden ‘lashed out’ at HHS chief over migrant children: report”

President Biden “lashed out” at his Department of Health and Human Services chief over the agency’s handling of migrant children at the southern border as the crisis spiraled out of control this spring.

Biden had harsh words for HHS Secretary Xavier Becerra when he reportedly failed to provide answers to his questions about how HHS was dealing with the surge in unaccompanied migrant children at the border in late March, according to sources cited in a report by the New York Times.

The Biden administration has seen a surge in Central American migrants crossing the Mexican border in the last few months, with thousands of unaccompanied children being placed in HHS facilities in different states.

There are currently more than 20,000 migrants in HHS facilities, up from 12,000 in March. They are scattered at 200 shelters in multiple states, according to reports.

US Customs and Border Protection officials reported more than 178,000 migrants crossing the southern border in April, slightly more than in March. The number of unaccompanied minor children crossing the border fell by 12 percent last month, according to CBP statistics.

# Opinion: I own a small business — this is what a $15 minimum wage means for me 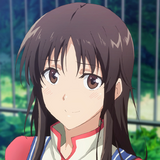