Batman Beyond voice and casting director Max McMillian believes it’s going to take a fan campaign for Warner Bros. to resurrect the popular animated series. Originally airing between 1999 and 2001, Batman Beyond consisted of 52 episodes across three seasons. The series has not had a continuation since, but in the years since it went off the air, the show has developed a rather large cult following with many fans hoping to see the series return someday.

During IGN Fan Fest’s Batman Beyond table read with members of the cast, McMillian was asked about the possibility of the series getting a new season of the series or perhaps even a feature-length movie. Though McMillian says he’s on board along with the voice cast to bring back Batman Beyond, the decision is in the hands of Warner Bros., and as McMillian explains, it’s going to take some convincing before the studio pulls the trigger.
RELATED: Batman Beyond Creator Thinks a Live-Action Movie with Michael Keaton Could Work

“It will depend on the fans asking, and asking, and asking for it until [show owner] Warner Bros. would be foolish not to. So they have to begin a campaign of sorts and just let Warner Bros. know that that’s what they want. Because we would like to make it, it would be great fun – we’re all still around, we’re all still available, everybody’s still doing beautiful work. So yes please, and thank you.”

Serving as a sequel to Batman: The Animated Series, Batman Beyond is set decades in the future with Kevin Conroy back as the voice of an elderly Bruce Wayne. With his health preventing him from protecting Gotham City the way he had many years prior, Bruce allows teenage vigilante Terry McGinnis (Will Friedle) to don the Batsuit as the city’s new Dark Knight. The show featured a blend of new supervillains along with a few familiar faces from the past.

Some fans have called for Warner Bros. to make a live-action Batman Beyond movie with a storyline similar to the cartoon series. One popular idea is for Michael Keaton to reprise his role of Bruce Wayne from Tim Burton’s Batman to serve as a mentor for a new hero. There’s been no indication that Warner Bros. is considering such a project, but Keaton’s return to the role in The Flash proves he’s open to stepping back into the cape and cowl.

Maybe fans will have better luck with Warner Bros. than X-Men: The Animated Series fans are having with Disney. With the surviving voice cast open to making new episodes along with the show’s original creative team, fans have been pleading for a continuation of the 90s cartoon to be ordered for Disney+. As of now, those calls have fallen upon deaf ears at the House of Mouse, and every passing year makes it less likely the revival series will ever come to light.

Time will tell if we’ll ever get new Batman Beyond in one way or another. In the meantime, fans can revisit the original series with all three seasons streaming on HBO Max. This news comes to us from IGN.

#Pet Sematary: How a 1989 Exercise in Fright Became One Horror's Scariest Movies

#How to Reset Network Settings on Android 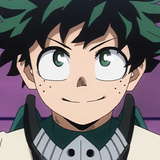 #Enter the war on Thanksgiving