One caution: This is a spoiler-free zone, so we won’t be addressing upcoming storylines here unless it’s already common knowledge. Please send your questions and comments to [email protected] (or use the form at the end of the column) and follow me on Twitter. Look for Ask Matt columns on many Tuesdays and Fridays.

Did the Pandemic Stall The Stand?

Question: I was really looking forward to the remake of Stephen King’s The Stand on CBS All Access. I remember the announced cast included names that increased my anticipation. Admittedly my feelings are mixed now, because of the coronavirus, but I would still give it a try. Has that project been shelved? — Susan

Matt Roush: Not at all. By all accounts, production on the 10-part limited series — the second time The Stand has been adapted for long-form TV (the first was in 1994 for ABC) — wrapped a few days ahead of schedule in March in advance of the pandemic shutting down filming everywhere. The goal has always been for a late 2020 release, and though CBS All Access has yet to announce an actual airdate, the title is prominently displayed in its pipeline in any press materials they send out.

While it’s possible this post-apocalyptic series could be pushed back to a later time out of sensitivity to our current tragic situation, there’s also an argument that (like the recent uptick in people streaming cautionary movies like Contagion) Stephen King’s epic about survival in the aftermath of a pandemic has never been more relevant. CBS surely won’t want to look like it’s exploiting our fears with this miniseries, and it will likely take some flak regardless of when The Stand premieres, though I’ve also read that the action picks up (unlike the novel) in the wake of the outbreak. Like you, this is very much on my radar, and the cast (including Alexander Skarsgård, James Marsden, Whoopi Goldberg, Greg Kinnear and … Marilyn Manson!) heightens my interest as well. Honestly, I can’t wait to see it.

Question: I just read that Man With a Plan is ending. I love this show!!! So well written & the chemistry is fantastic with everyone. We need this laughter right now. So sad!! — LE

Matt Roush: Another head-scratcher of a cancellation from CBS, to be sure. A ratings report in the issue of TV Guide Magazine coming out this week notes that many of the shows CBS gave the boot, including Man, were in the season’s Top 50 overall (of network shows watched live) — which says something about the loyalty of CBS’s audience, and also perhaps their tendency not to time-shift, which is so common for most series anymore. But it’s been the case for as long as I can remember that CBS in particular as TV’s “most-watched network” tends to do so well in prime time that shows which might look like a hit on another network aren’t, by their standards, living up to expectations.

Question: Fox should pick up Man With A Plan. It would be great with Last Man Standing. — Joe

Matt Roush: And they could promote it as “Man Night!” This is a good idea, and I’d be surprised if Fox hasn’t given it some thought, considering what happened when the network rescued Last Man Standing after ABC dropped it. The shows are certainly compatible.

Question: I wanted to ask if NBC has released their shows that are being renewed and canceled for the new season coming up? I don’t recall seeing a new list for them. Thanks for your help. — Terri

Matt Roush: You haven’t missed anything, although news about the fate of many of their shows has been reported, though not all at once. NBC has been the most circumspect of the major networks in terms of laying out what’s coming and especially what’s going. (Not counting the shows whose final seasons have concluded, such as Will & Grace and The Good Place.) The news has mostly come in terms of renewals sporadically being announced, some for multiple seasons: no-brainers like This Is Us, the Chicago shows, New Amsterdam and Law & Order: SVU. Bit by bit, we also heard good news about The Blacklist, Superstore, Brooklyn Nine-Nine and Good Girls earning renewals.

But this still leaves a number of shows, including Manifest, Perfect Harmony, and midseason newbies including Indebted, Lincoln Rhyme: The Hunt for the Bone Collector, Council of Dads and my beloved Zoey’s Extraordinary Playlist in limbo for now, along with a handful of reality franchises that probably don’t need to worry. Everything is still so tentative regarding plans for fall and beyond that I understand NBC’s caution. But it can be frustrating not to know if a favorite show has even a chance of returning.

Question: Now that ABC has renewed Who Wants to Be a Millionaire, what do you think they will do with it next season? Seeing the celebrities play has been fun (well, minus Dr. Phil, who was obnoxious). But I think it would be fun to have regular contestants too. Maybe they could alternate cycles between celebs and normal smart people. Also, this season was clearly produced amidst the coronavirus before lockdown, because there is no audience and the contestants are careful not to shake hands with Jimmy when they come out. Do you think it’s possible that Millionaire could go back into production sooner than scripted shows if they use a similar format? I like the idea of it being scheduled more as an event than being on year-round so that it still feels fresh and doesn’t get burned out. But at the same time, I would be happy to get it in the fall because I expect it will be a much longer hiatus than usual for my returning scripted shows. — Jake

Matt Roush: I’ve read conflicting reports about where Millionaire could be headed in a new season, but I’d also appreciate a break from the “celebrity” edition when the show returns. The initial appeal of the show was to see people to whom we might relate sweating it out in the hot seat, and while celebrities playing for charity has a certain appeal, it tends to lacks the nail-biting tension of classic Millionaire. But even with social-distancing precautions, it might be a while before a production like this can start up again, because without the set (and the lighting and other aspects, which involves crew in a studio), there’s no show. Still, it’s probably true that they could rush another celebrity edition using local talent once it’s safe, and then start laying the ground for everyday people to participate again.

Either way, this gives me an opportunity to once again plug AMC’s excellent three-part drama Quiz (airing Sundays), about a real-life quiz-show scandal that affected the original British version of Millionaire. And while we’re on the subject, how bizarre that just as Quiz premiered, we learned of the passing of Herb Stempel, the contestant who blew the whistle on how the popular 1950s game show Twenty-One was rigged. (This was the basis of the terrific 2008 movie Quiz Show.)

Question: I have to respectfully disagree with your earlier discussion about this season of Killing Eve. Each character has been dealing with their own problems and issues this season, whether it’s the death of a child, a failing marriage or their place in the world (I’m probably underselling their problems). It’s a testament to the skill of the actors. I’ve thoroughly enjoyed this season, particularly the humor. Konstantin has been a delight to watch this season, and the running gag of him being surprised in his home has kept me in stitches. I really want to see where it all ends up. — Tony

Matt Roush: So do I. But after this season, I’m hoping that ending arrives sooner than later. Don’t get me wrong, I still enjoy watching Killing Eve, mostly because the performances carry it and I remain fascinated by the offbeat (or beyond, in Villanelle’s case) characters they’re playing. But for me, the cat-and-mouse games are starting to feel more routine and lacking in purpose. Still, there’s no way I’m not watching this one to the finish, whenever that may be.

Question: I’m glad that AMC is airing the British crime drama Line of Duty on Saturdays. However, why do you suppose they pushed it BACK to 11 pm/10c from the original 10 pm/9c spot? Maybe the subject matter, or my feeling, is that the ratings were not HIGH enough to keep it at that time slot. — AR

Matt Roush: I suspect you’re right. Such a move would have little to do with content, as Line of Duty is rightly regarded as one of the best crime thrillers to emerge from the U.K. in years. (It’s been a streaming favorite for some time.) It’s also nothing new for AMC and its sister channel SundanceTV to air imported series like these outside of prime time, figuring they’re often being time-shifted anyway and the stakes aren’t that high to begin with on a Saturday. The good news: this series plays very well after hours. (I know when I was binge-watching earlier seasons, I’d stay up alarmingly late before stopping.)

That’s all for now. Thanks as always for reading, and remember that I can’t do this without your participation, so please keep sending questions and comments about TV to [email protected] or shoot me a line on Twitter (@TVGMMattRoush), and you can also submit questions via the handy form below. Please include a first name with your question. Everyone stay safe and healthy!

#The Price of Desire Movie Review 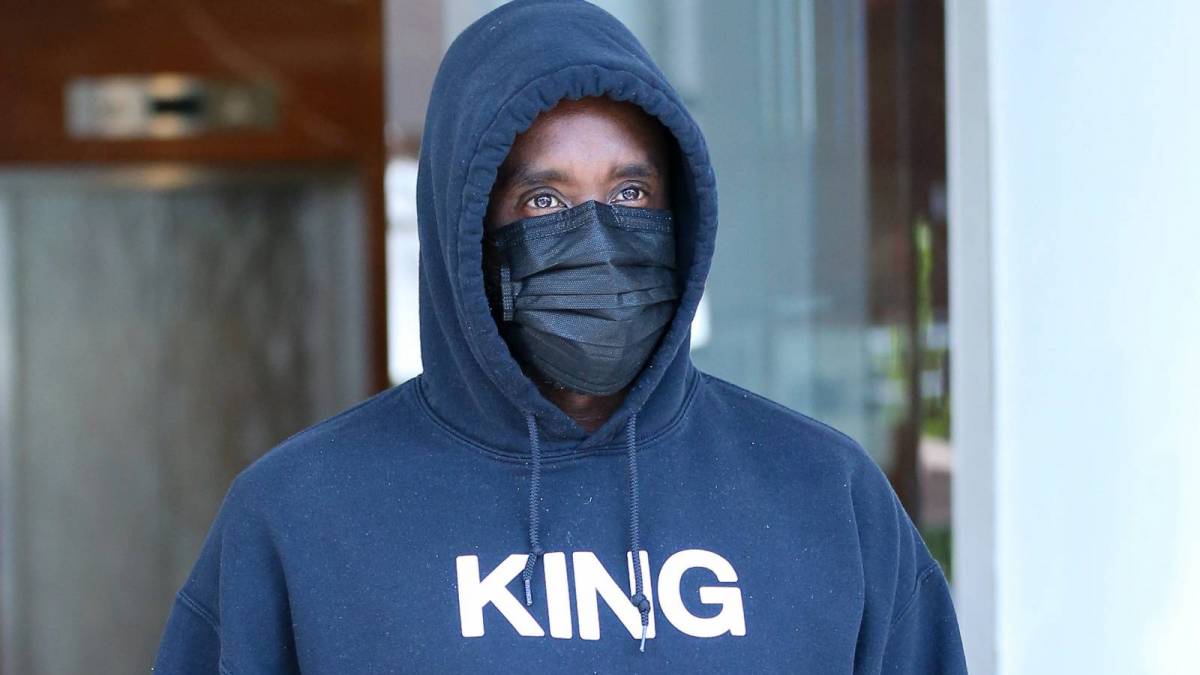