“#Armie Hammer’s Ex Claims He Branded Her Like NXIVM — His Own Mother Tried To Give Him An Exorcism!
”

More evidence is coming out against Armie Hammer.

What at first seemed like the wildest, least plausible celeb rumor we’d ever heard — that the acclaimed star of Call Me By Your Name was a cannibal — turned out to be all too credible accusations of mental and physical abuse.

Most recently, an ex-girlfriend named Paige Lorenze came forward with the story of her “deeply traumatic” relationship with the actor, alleging incessant, creepy comments about wanting to remove and eat parts of her body.

As red as that flag may be, the most disturbing accusation was that Armie had carved the letter “A” into her skin with a knife, leaving a permanent scar — and no, he wasn’t making a Hawthorne reference, he was branding her as his property.

Well, we guess not enough people believed her story because she’s bringing the bloody receipts. On Friday, she shared a photo of the wound with DailyMail.com. What she hadn’t said before was that the carving was just above her lady bits. Obviously for a model, anywhere on the body is a bad place for a scar, but if you’re modeling bikinis, that’s more egregious than, say, the arm.

Lorenze also says Armie “licked the cuts” while they were still bleeding. Not only is that completely unsanitary, it also lends more credence to the talk of his cannibalism predilection.

50 Shades Without The Love

She says their time together was indeed something “like a real life 50 Shades Of Grey” only “without the love.” She says Armie made her start calling him “daddy or sir” the first night they spent together.

He often tied her up and struck her with paddles.

She says what he planned were intentionally painful sexual acts which left her covered in bruises — something she’s apparently provided past evidence of on her Instagram without anyone realizing.

According to the former professional skier, those “high protocol nights” were a way for Armie to get everything he wanted, no matter how much it hurt his partner:

“We did a lot of those nights, which became darker and darker. It was what I had to do to please him. I didn’t enjoy any of it, but Armie took advantage of me. I would have done anything to please him and make him feel happy and satisfied.”

More on that trip later…

Regarding the cannibalism? Well, besides the comments there were the bites:

“There were teeth marks and bite marks all over me. He was completely obsessed with biting me. He told me ‘be proud as they were just love bites.’ Once he said, ‘If you did not tell me to stop I would eat a piece out of you.’ And he was serious too. It was like he actually wanted to eat my flesh away.”

But the worst was to come…

One night in late November, after the trip to see his mom, Paige claims Armie tied her up and brought out his knives.

“He would love to do knife play, where he would wave the blade above me or glide it across my skin. He was obsessed with it and usually he did not cut me. However that night he decided he wanted to brand me as his property and carve his name on my body. He tried to rationalize it as his gesture of his commitment to us being together for the long term.”

We told y’all it sounded like it was meant as a brand! And right above the vagina — that’s some straight up NXIVM s**t.

And the thing is, this particular act wasn’t as consensual as everything else…

“I wasn’t sure he was serious, as he looked over my body and said: ‘where should I carve an A on you?’ Before I could process it, he plunged the tip of the knife into my flesh just above my vagina.”

“The pain was excruciating, but I did not want to seem weak, despite the discomfort. I froze as he smiled at his work. He then said the cut was not deep enough, even though it was about an inch — the whole tip of the blade. He said he wanted to collect a kitchen knife to make it bigger, but then as it bled, he started licking it. This continued for a few minutes. And I kind of blanked it all out. I was concerned that the wound was going to get infected. I had to clean it and put a bandaid on afterwards… It’s humiliating as it will haunt me forever. I will have laser treatment to get rid of the scar.”

Thankfully she’s able to cover it up in public — considering it’s in her swimsuit area, shall we say.

Even Armie knew he had gone too far, Lorenze remembers:

“He knew I was upset, but did not say sorry. The next day he even told people about what he had done. I was upset, embarrassed and humiliated, but he insisted: ‘You should be proud of it. I would not tell anyone who did not think it was awesome.’”

“I rationalized it with his logic of us being a couple, to mask the truth — but I was completely manipulated… It was too much. I felt sick to my stomach, insecure and no longer attracted to him — and he was getting stranger.”

That’s when she decided to end things:

“I texted him that morning to say I do not think we can see each other anymore. Perhaps I hoped he would change or try to make things right, but instead he replied: ‘okay I understand.’ He left soon after to see his family in the Cayman Islands for Christmas, but told me he did not want to go as he was lonely and sad.”

Lonely and sad… and getting a chance to hook up with another woman he had waiting in the Caymans??

“I want Armie to address his demons, see the pain and trauma that he has caused me and other women.”

She says the 6’5 film star really does believe he’s just kinky and not abusive — and communicated as much to her as he pushed her to more and more violent acts:

That lines up with his defense so far. Hammer’s lawyer told the outlet in a statement:

“These assertions about Mr. Hammer are patently untrue. Any interactions with this person, or any partner of his, were completely consensual in that they were fully discussed, agreed upon, and mutually participatory.”

“I thought I was safe. But any man who is fantasizing about crushing bones, eating them, having s*x with female limp bodies is a danger to all women. And this is not me kink shaming, I want that to be clear. His actions and behavior are dangerous and emotionally and psychologically damaging. He is saying people are kink shaming him and should not comment on his s*x life, but BDSM is a smoke screen for him wanting to hurt women. You can be just as traumatized by consensual s*x. It’s unacceptable that he coerces women into agreeing to let him hurt them.”

It’s a fair point. If he told her he wanted to “role play,” as she claims, well, that’s fine up to a point — but when you’re actually carving permanent scars into a person’s skin with a real blade, that’s not pretend, is it?

What makes this completely unacceptable is if, as Paige contends, her consent was the product of manipulation:

“I was in love, orchestrated by him to make me be completely obsessed, feeling as if I would never be with anyone who was better than him. I trusted him based on his experience, age, and the fact that I was being taken care of by him. But I really wasn’t — I was being hurt by him. He put me in a role, complimented me in ways I’ve never experienced, but he wanted control in s*x — and I allowed him that.”

The model goes into even more depth about this point in a new IG post published on Friday:

Ultimately, Paige says she doesn’t want to see Armie punished — she wants to see him get better:

“I want him to get help more than be put behind bars, because I did see a loving, caring side to him. It made me think that there is maybe hope for him to heal and move on from this. I’ve spoken to people who knew him before all of this and they say that they don’t even know who this person is anymore, that he’s almost been possessed.”

What does she mean? How is he different now? Well, first there’s the alcohol and drug use.

“He takes everything besides heroin. He did DMT, molly, cocaine, mushrooms and acid.”

That matches up with what we’ve heard from other inside sources — and of course from his secret Instagram account — which he inadvertently confirmed by apologizing for referring to a woman he was sleeping with as “Ms Cayman” on the account.

That also lines up with the account of another ex, Courtney Vucekovich, who also made the shocking claim that Armie is secretly BROKE. Innerestingly, Paige backs that up as well, explaining that she and Armie drove all the way from LA to Dallas to visit his mother — because he had “money problems” and couldn’t afford plane tickets.

So back to that trip… Paige may have thought she was taking a step forward with Armie, but she was actually being given yet another flashing sign to back off. She recalls:

“It was a rare moment when I felt like we were in a normal relationship, because he felt we were serious enough to meet his family. I immediately bonded with his mom, who was super kind and considerate. Even around them Armie would call me his ‘little pet.’”

Not a fan of the pet name, but all sounds normal so far… But then…

“He told me that his mother poured oil on his head one night speaking in tongues, claiming he had demons inside of him. That seemed weird, but she seemed a sweet traditional and Christian woman. But I feel now she knew he had a dark side.”

OMG, sorry, whut?! She tried to exorcise his demons? Like, literally?!

Of the lasting pain she has to endure, she says:

“It will take me a long time to get over this. It still feels like a fever dream and not real.”

Frankly, it sounds like it. Not that we don’t believe her, but seriously… HOW CAN THIS BE REAL!? 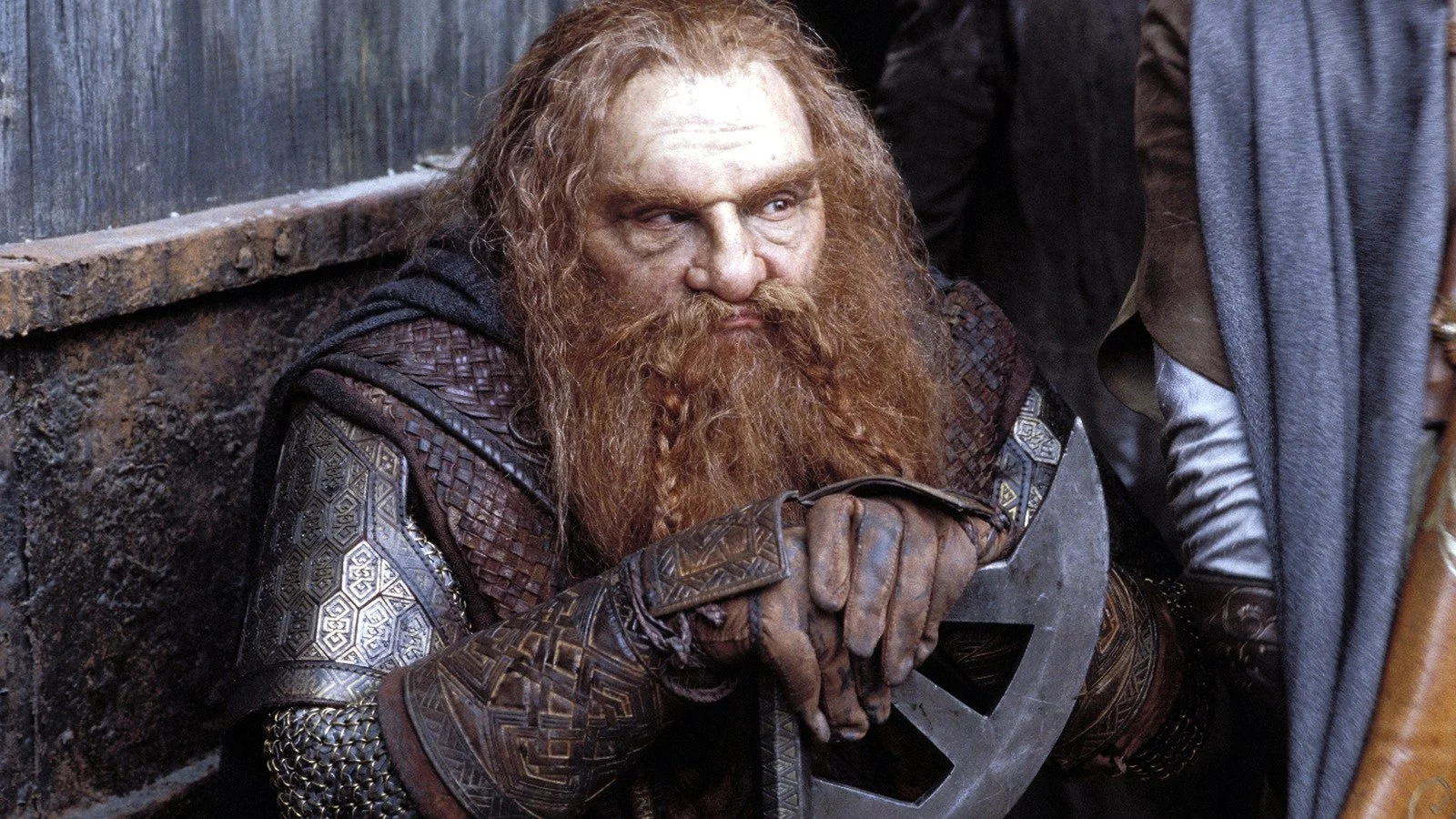