Fruits Basket – prelude –is described as a compilation movie with new footage, with Kyo Sohma narrating the events of the Fruits Basket series. The film will notably depict the story of series protagonist Tohru’s parents, who are deceased by the time the main Fruits Basket story starts. Kyoko is described as an unmanageable student who barely attends school, while Katsuya is a trainee teacher at her middle school.

The movie will also have content revolving around Tohru and Kyo that take place after the events of the series.

The original manga was first adapted into an anime series in 2001, while the Ibata-helmed reboot anime series began in 2019 and ended in 2021 with three seasons. Studio Deen produced the first series, while TMS Entertainment produced the reboot series and Fruits Basket – prelude –.

#FEATURE: Kaiju Are Making A Comeback 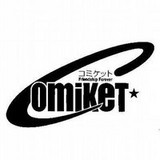 #Comiket Asks Attendees to Go Get Vaccinated Ahead of Winter Event