After college, unsure of what to do with his life, Rikou gets a job at a convenience store. There he becomes visited by a high school drop out with a pet crow as well as has rekindled feelings for a senpai that visits the store one day. This is the story of the growth of several individuals as they take their first steps into adulthood.

While it seems rather aimless at first, once you embrace that this is not just one story, but the stories of several individuals you find the charm in this series. It is a mature look at not only romance, but a variety of problems that new adults face. If you are looking for more anime recommendations like Sing Yesterday For Me, then head on down below.

For Fans of Eccentric Girls

Shinichirou is living the dream by living with his crush. However, while she is bright and popular at school, she is cold and distant at home. As he tries to find the key to unlocking her heart, he has a run in with several other girls that are dealing with their own feelings.

Despite being about younger people, True Tears has a lot in common with Sing Yesterday for Me. It follows a group of people with problems and a complex series of feelings for each other. It also has the main character plagued by an eccentric girl as he tries to sort out these feelings.

Arata Kaizaki is an unemployed 27-year-old that has thus far been living with the financial support of his parents and part-time jobs. After leaving his first job after only three months, he has not been able to find proper work. However, after a night of drinking with his friends, he meets a mysterious man that offers a drunk Arata a pill that will turn him 17 again so that he can redo a year of his youth, all expenses paid. Will Arata find what he needs to live a happy life after one year in high school again?

While vastly different in plot and tone, both series are about a guy that has to deal with his adult problems as well as complicated romantic feelings that he starts developing for an eccentric girl.

Tomoya Okazaki is a delinquent who finds everything dull and believes he will never amount to anything, that is, until a girl named Nagisa catches his eye one day on his way to school. Suddenly, Tomoya begins to notice Nagisa more and more. She is sickly and weak, but she always tries her best in order to follow her dream of reviving the school’s drama club. Claiming he has nothing better to do, he decides to help Nagisa, and along the way ends up helping several other girls and potential drama club members. However, as he learns more about the girls and helps them overcome their problems, he might just be able to overcome his own as well.

Sing Yesterday for Me is a more mature, trope-avoiding romance where as Clannad is essentially every romance and drama trope crammed into a tidy package. However, if you like romance series with eccentric girls, Clannad has…so many of them.

For Fans of Melancholy

At a certain high school, the third years are all preparing for the first step of their adult lives. However, several students at the school find their lives intersect with the appearance of a new transfer student who reignites the lingering feelings of several.

Both series focus on people in a transitional period of their lives that are thrown further for a loop when an old acquaintance re-enters their lives. Feelings arise, stress boils over, and both shows follow that thread in a pretty mature way.

Akira Tachibana used to love running, but after an injury, she can’t run like she used to. Now, she passes time by working in a family restaurant where she finds herself slowly falling in love with the divorced manager.

In Sing Yesterday for Me, there is some age difference, but it is not something too hard to overcome. It still affects the relationships, though. In After the Rain, the age difference is the major barrier in any sort of romance. However, both shows are about more than just romantic feelings, they deal with other issues as well.

To the outside world, Mugi and Hanabi look like the perfect couple, but the truth is that they are only dating each other because they can’t be with the people they actually want to be with. For Hanabi, it is her childhood friend-turned-homeroom-teacher and for Mugi it is his older tutor that has been teaching him since middle school. In order to stave off the loneliness, the pair find solace in each other’s arms.

Sing Yesterday for Me remains pretty grounded in its drama and feelings whereas Scum’s Wish takes that up a notch. However, both shows focus less on twee lovey-dovey romance and more on darker and complex feelings.

For Fans of Mature Romances

Matsumaru is a salaryman that got stood up by his colleague on a date. As he was about to toss his movie tickets, a cute girl tells him not to and goes on the date with him instead. While taking her home, it turns out that they live in the same area. It also turns out her apartment caught fire. With nowhere else to stay, he invites her to stay at his place.

Both series are about the love entanglements between adults. While Rec is just as drama focused, it does have a bit of a lighter tone to it overall. However, both take a serious look as romantic issues between adults.

Honey and Clover follows a group of college students who meet Hagumi, an artist with a tremendous amount of talent that transfers to their school. From there on, Honey and Clover tells stories about the joys of falling in love, the pain of letting go, and the journey to discovering who you really are.

Despite a vastly different color palate, these shows deal with the same sort of life drama. People like people who don’t like them back, people aren’t sure what to do with their life, and people who harbor deep-seated trauma that they neglect dealing with.

After a tragic accident, Banri Tada is struck with amnesia and forced to repeat his freshman year of college. After making a new friend at his Tokyo law school, his friend’s beautiful, but crazy stalker Kouko Kaga barges into his life and starts a whirlwind of love, mistakes, and friendships.

While distinctly more dramatic and silly at times, Golden Time is a more mature take on the romance genre. Unfortunately, unlike Sing Yesterday for Me, it leans more on some tropes.

Do you have anymore anime series similar to Sing Yesterday for Me? Let fans know in the comments section below. 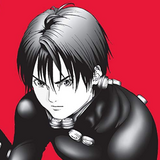 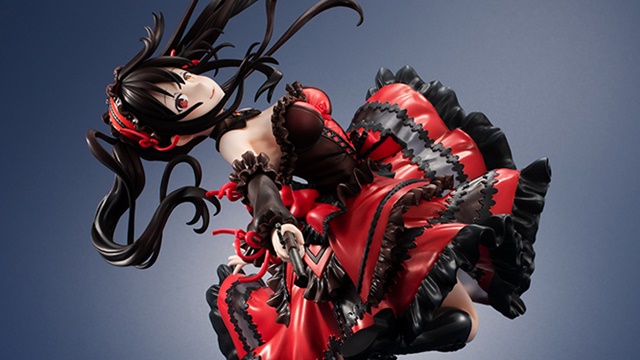 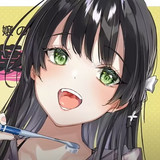