Reserved, studious and precise, Merrick Garland appears to be an attorney general selected by central casting. Unfortunately, the part he is playing belongs to another era, one where the government was widely trusted.

After orchestrating one of the biggest events in the history of the Department of Justice, Garland proved himself too small for the moment. Whether he volunteered or was pushed into authorizing the unprecedented FBI raid on the home of former President Donald Trump, he was woefully unprepared for the entirely predictable fallout.

It should not have been a surprise to him that about half the country believes the raid was motivated by politics. Or that Trump’s support, which had been slipping, instantly started rising among Republicans and some independents.

Even if Garland hadn’t considered politics, he might have thought of the declining credibility of his organization, especially after its shameful spying on Trump in the 2016 election.

Gallup has tracked Americans’ confidence in 14 institutions for decades, and the criminal-justice system ranks close to the bottom of the barrel.

The public mood was apparently news to Garland, who remained out of sight for three days after the raid despite demands for an explanation. He still has not grasped the fact that it is a blaring conflict of interest for Joe Biden’s AG to raid the home of Biden’s predecessor and his likely opponent in 2024.

As I have noted, The New York Times reported in April that Biden was frustrated that Garland had not moved faster to prosecute Trump. That puts Biden’s fingerprints on the raid, with his wish becoming Garland’s command.

When he finally spoke, Garland was a lousy lawyer for his case. He foolishly took no questions as he read a statement that claimed absolute rectitude on his part and scolded critics of the FBI.

He insisted he could not, under law, give any information about the search, but said he would petition the judge to release the warrant and a list of what was taken. The search, he emphasized, was by-the-book and had absolutely no political dimension.

And then the leaks started. Within hours, and long before the warrant was made public, headlines from numerous outlets friendly to the administration began with words like “FBI seized” and “FBI recovered” before going on to describe how many boxes of documents agents took and what was in them.

The Washington Post was first to claim some documents were “relating to nuclear weapons” and said the search “underscores deep concern among government officials about the types of information they thought could be located at Trump’s Mar-a-Lago Club and potentially in danger of falling into the wrong hands.”

Shades of Russia, Russia, Russia right there. Subsequent headlines that Trump could face charges under the Espionage Act confirmed the government’s intent to again paint him as a traitor.

As Yogi Berra said, “It’s déjà vu all over again.”

Indeed it is and, naturally, all the sources were anonymous, with The Washington Post saying they “spoke on the condition of anonymity to discuss an ongoing investigation.”

In plain English, the leakers were committing a crime by disclosing the info Garland said was confidential. But breathes there a fool who believes the AG is upset and plans to find and prosecute them?

Trump’s out of office, but that hasn’t dimmed the left’s desire to destroy him. Sadly, the cutthroat ranks now include the sitting attorney general.

Their excuse, er, reasoning is that Trump is a danger to democracy, even as they marshal an unprecedented use of federal law enforcement and intelligence agencies against him.

In truth, the real danger to democracy is the government itself when it abuses its power for partisan purposes.

Dems, of course, remain terrified of Trump as an opponent and are trying to gin up their dispirited base for this year’s midterms.

While the possibility that Trump broke laws by taking and holding the documents cannot be dismissed, the hysterical reaction of a raid belies the fact that the government had retrieved 15 boxes of documents from him in January and negotiations continued until June.

How is it, then, that Garland suddenly decided he needed a raid to retrieve remaining documents that left the White House 19 months ago when less radical options are available?

The timing is doubly curious because the raid comes just three months before voters get to decide who controls Congress. If Dems lose, GOP investigations of Biden and Garland are certain.

Part of the evidence in Trump’s favor is that Hillary Clinton got a much sweeter deal with her use of a private server to send and receive classified documents. There was no raid of her house, and even the disgraced James Comey, then the FBI director, did not trust then-AG Loretta Lynch to honestly pursue the case.

Comey, for once, was right, with Clinton getting a free pass not long after Lynch met with Bill Clinton.

Hunter on back burner

Meanwhile, we apparently are watching a replay of that scam with the federal probe of Hunter Biden. An investigation in its fifth year, with not a single charge, is more of a cover-up than an investigation.

Perhaps Hunter was sending the message that he’s untouchable when a photo showed him whispering in his father’s ear as they climbed the steps of Air Force One last week for a vacation flight to South Carolina.

The contrasting images of the week capture the Dems’ twin abuses of power: Dozens of federal agents swarming over Trump’s home while Hunter jets off with the Big Guy under the protection of federal agents and the military.

Reports that Iranian leaders celebrated the brutal stabbing of Salman Rushdie are yet more proof that President Biden is on a fool’s errand in trying to rejoin the Iranian nuclear deal.

“The Iranian state-owned FARS News called Rushdie an ‘apostate’ who has ‘insulted the Prophet of Islam,’ ” the Washington Examiner writes.

The Daily Mail reports that a media chief close to the Supreme Leader called the attacker “courageous” and added: “Let us kiss the hands of the one who tore the neck of the enemy of God with a knife.”

Biden must come to his senses and drop his courtship with evil.

She writes: “I’ll bet you $5 that pro-abortion voters will come out en masse and vote Gov. Hochul back in. They won’t mind living with increased crime, filthy, unsafe subways, lousy schools and the mentally ill roaming the streets.” 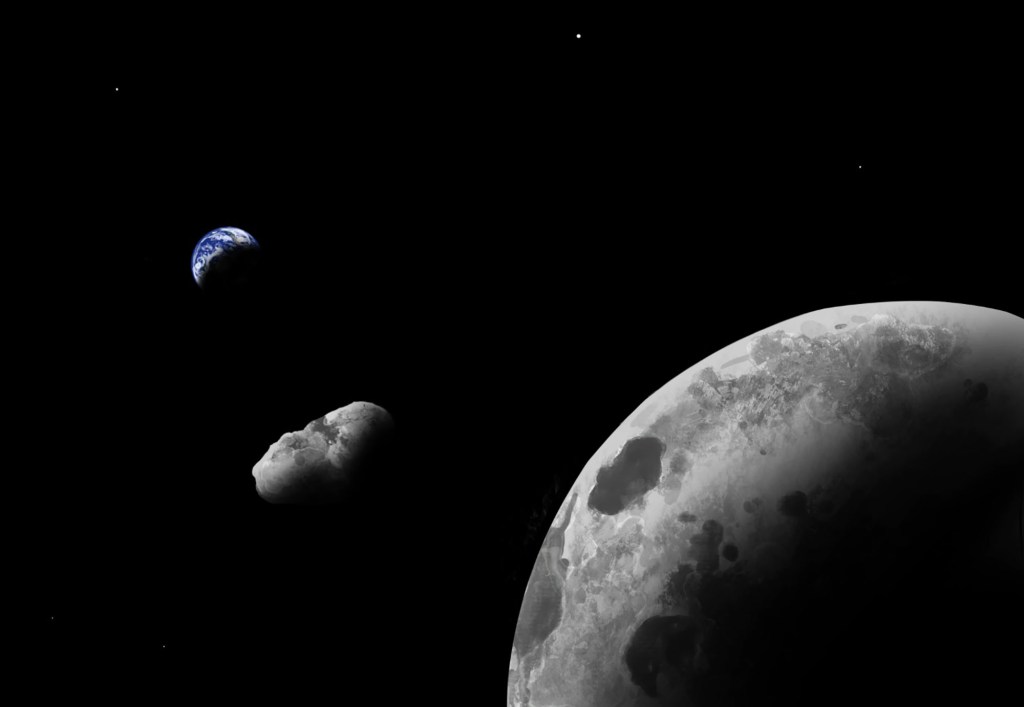 #Asteroid the size of a ferris wheel could be a chunk of the Moon: study 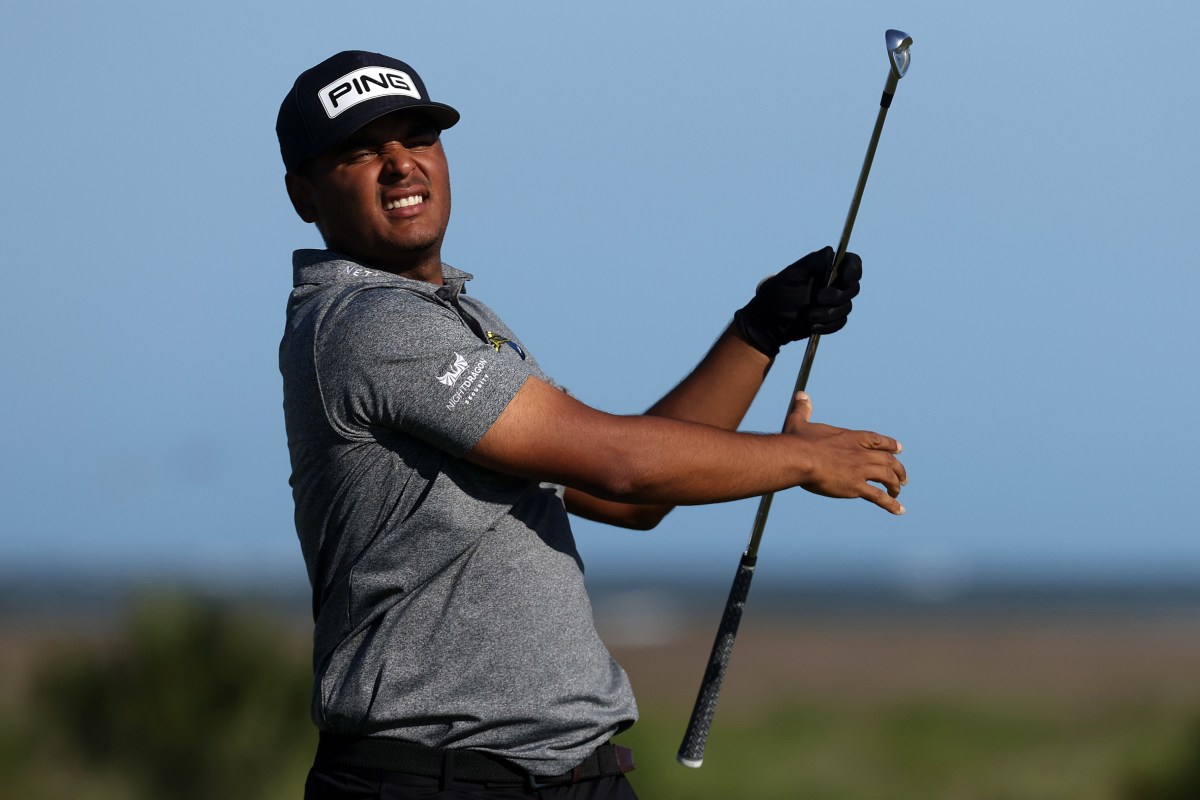 #Sebastian Munoz drove it in a trash can at PGA Championship

#: California, New York, Texas, Florida, and other states weigh in on mask mandates for schoolchildren — here’s where they stand