A Good Free VPN At Last?

Windscribe is a famously independent VPN service with a fiery and snarky social media presence. It’s not personality alone that has brought it fans, though: its users also extol its speeds, ability to access Netflix, and, of course, its wonderful free plan.

I took Windscribe through its paces to see how it stands up to the best VPNs out there. Overall, I like Windscribe; it indeed does well with Netflix, has some nice ad-blocking functionality, and offers decent speeds. That said, it’s a bit pricey, and I’m not sure how I feel about its interface, nor the fallout from a security incident in 2021. Let’s take a closer look at all these subjects in detail.

The first thing you’ll notice when firing up Windscribe is that the app is very small and also a little confusing. For one, not all buttons have tooltips—something I also dinged PureVPN for in my review—which makes navigation annoying, especially since there’s just so much going on.

The largest button, which is on the right, switches the VPN on and off, while the small slider at the bottom left toggles the firewall. Windscribe lets you use its firewall without rerouting your connection, which is nifty. There are also two buttons to access settings: the three lines at the top left (called a hamburger menu by some) as well as the Wi-Fi symbol under the big button.

The settings themselves are a lot less confusing, thankfully. Click on either button, and the interface is replaced with the menu, which has a number of entries for each category. You access categories on the left, look at options on the right. It’s a lot more tightly designed than the main screen, and I like it much better than the rest of the app.

Windscribe has apps available for most desktop operating systems, including Windows, macOS, and even Linux (which I tested it on). For mobile, you can install it on iPhone/iPad and Android. There are also browser extensions for Google Chrome, Firefox, and Microsoft Edge. Windscribe will also work on Amazon Firesticks, Kodi, and VPN routers.

Server selection is also simple. Like with Private Internet Access (PIA), a VPN with an equally tiny app, you simply click on a button that extends the app. Unlike PIA, though, Windscribe doesn’t take up the entire screen, settling for merely doubling in size.

Windscribe has a respectable number of VPN servers around the world. Like with most providers, European and North American countries are represented best, though to Windscribe’s credit, there’s a fair scattering around other parts of the globe, too.

I like how each server gets a small nickname: servers in London have names like “biscuits” or “crumpets,” while ones in Amsterdam are named “red light” or “tulips.” Though it may seem a bit silly at first, they’re a handy mnemonic device for finding your favorite server. It’s easier to remember “gotham” than “new-york-2373.”

Windscribe does a solid job of getting through to Netflix. I tested about 10 servers in the U.S., U.K., and a few European countries, and eight got through without any issues, which is a pretty solid showing. Since it also maintained decent speeds throughout, Windscribe is a pretty good VPN for Netflix.

Finally, we have R.O.B.E.R.T., which is Windscribe’s firewall. It blocks ads, malware, and a whole slew of other nuisances. You can also use it to block off parts of the web, like sites with adult material or that offer gambling or cryptocurrencies.

R.O.B.E.R.T. is a cool addition, and you can use it without engaging the VPN itself. I took it for a quick spin, and it did alright in blocking ads, so it may be an interesting addition to whatever other software you’re rocking.

Windscribe’s pricing is straightforward as it offers just one plan at $69 per year. There’s also a monthly plan, but as with almost all VPNs, it’s not really worth mentioning as even at a relatively friendly $9, it’s a bit much.

At $70 per year, Windscribe is cheaper than the very top echelon of providers, which can cost around $100 per year, but more expensive than most others, which usually go for $50 or $60. Honestly, I feel a little ambiguous about Windscribe’s price. On the one hand, it seems a little expensive; some services offer more or less the same package for less.

One example is Private Internet Access, which costs just $80 for three years, pretty much just one-third of the price. That said, I could also make the reverse case: compared to ExpressVPN, which costs $100 per year and performs only marginally better than Windscribe, $70 per year is an excellent deal.

If you’re not sure, Windscribe offers an interesting alternative in the form of its “build a plan” feature. Essentially, you can choose specific servers to use and pay $1 per month for each of them. You need to either pick a minimum of three servers—each of which adds 10GB of bandwidth to your plan—or pick two servers and the option for unlimited bandwidth, and you’re off to the races.

Since Windscribe’s streaming servers are part of the package, this option to make your own plan is interesting for people that know that all they’ll need their VPN for is to stream in one or two specific countries. Pick streaming servers there, add extra bandwidth, and you have a pretty decent VPN for just $36 per year.

Finally, no discussion of Windscribe would be complete without mentioning its excellent free plan. To access it, all you need to do is download the client, and you’re good to go with 10 servers scattered across the world and with 2GB of bandwidth—the amount of data you can use for free. You can easily upgrade this to 10GB, too, if you confirm your email address.

The free servers are located in the United States (3), Canada (2), Germany, France, the Netherlands, Turkey, and Hong Kong. It’s a pretty good spread, and a good deal better than most free VPNs give you.

Giving your email address mainly seems to mean you’ll get the occasional marketing mail, a small price to pay for a free VPN that’s actually trustworthy. Interestingly enough, some of its free servers get through to Netflix, meaning that you could unblock Netflix for free with the service. 2GB of bandwidth is roughly two movies worth of viewing, and 10GB is a season binge.

Before we move on to the next section, here is a quick note about Windscribe’s refund policy. Unlike most of its competitors, Windscribe does not offer a 30-day money-back guarantee. Instead, it uses its free plan as a free trial of sorts and allows paying customers a refund only within the first three days of signing up. If you’re not too sure about Windscribe yet, I recommend you stick with the free plan for a little longer before subscribing.

Windscribe’s speeds are decent overall. It doesn’t have the lightning-fast speeds of Mullvad, say, but it’s no slouch like the grossly misnamed FastVPN, either. During my tests, which I conducted from Cyprus with a base speed of just north of 100Mbps, I got pretty decent results, as you can see below.

As you can imagine, I was a little worried at first, seeing the Israeli results—especially since I tried both servers in that country and both were terrible. That was just a fluke, though, and the other servers I tried worked quite well. Japan was especially surprising, as with most VPNs, I get terrible results there. Windscribe handled it just fine, though.

This also, interestingly enough, goes for the free servers, too. I tested one in the United States and one in the Netherlands, and both of them showed some pretty good speeds. Considering free servers usually are slow as hell due to overcrowding—server load is an important factor in why VPNs slow down your connection speed—this is a pretty impressive feat. ProtonVPN’s notoriously slow free servers could learn something from Windscribe.

When it comes to your data, Windscribe seems pretty trustworthy, though it comes with a few caveats you should be aware of. To start, though, everything looks good: the privacy policy is a straightforward document that makes clear what data is kept and which isn’t. Windscribe seems to be a no-logs VPN. The data the service does retain is simple stuff, mainly aimed at making sure nobody can overstep the boundaries of the free plan.

If you’re particularly worried about tracking, you could always just use the free plan and not submit your email address. Sure, you’d only get 2GB of bandwidth, but all you need for that is to make up a username; no contact information is required. Windscribe gets good marks here for offering anonymous signup, even if it is just for 2GB per month.

When discussing security, however, some cracks appear. The basics are good: Windscribe defaults to WireGuard, one of the best VPN protocols, and you can choose to use others as well, like OpenVPN—another solid choice. There’s also one simply called Stealth, which should let you bypass censorship blocks.

However, Windscribe does have one big strike against it. In July 2021, two of its servers were seized by the Ukrainian authorities in the course of a police investigation. It turns out that the data on these servers wasn’t encrypted, but since there aren’t any logs, that wasn’t too big an issue. That said, there were credentials on the server that could potentially have allowed anybody to access the WireGuard network and eavesdrop there.

The company scrambled to fix the issue, and in a public blog post, it explained that the situation that led to the seizure was a case of miscommunication. To its credit, Windscribe admitted fault for leaving vulnerable information on the server. It has since fixed the issue, and while I feel safe enough using Windscribe, I can also understand why this episode might give others pause.

Overall, I like Windscribe, but I can see its user base falling into two distinct categories. If you want a free VPN, I would say that you couldn’t do better. Windscribe is very generous with the bandwidth it offers and it’s probably the only free VPN that has decent servers.

For paying customers, I’m not entirely convinced that $70 per year is a great price. Mullvad, for example, is $10 cheaper, has a nicer interface and is a lot faster. That said, Windscribe does a great job of getting through to Netflix, which is a big plus for some.

If you want a reliable, independent VPN that can get through to Netflix, Windscribe is a great choice. I recommend that anybody shopping for a VPN at least check it out. 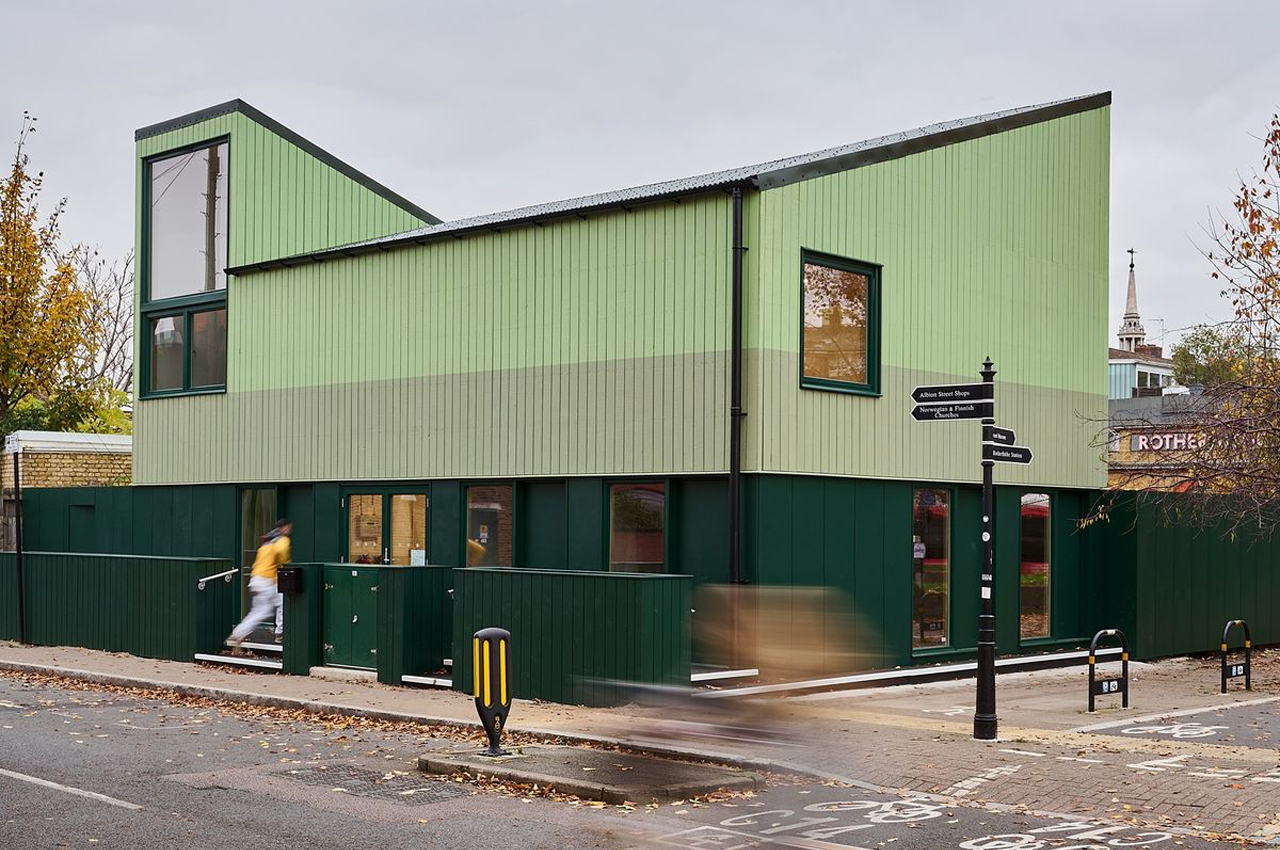 #How to Allow or Block Pop-Ups in Google Chrome