It’s another season of 90 Day Fiance: The Other Way, and since most of us are still trapped in our homes, it feels good to catch a glimpse at other countries via the confinements of our homes.

We are introduced to a bunch of new couples and a couple of familiar ones. From Jenny and Sumit to Yazan and Brittany, we’re guaranteed a season full of delicious drama.

But it’s safe to say that Kenneth and Armando are the couple who stole our hearts during the premiere.

So check out a brief recap of some of the highlights from the premiere below!

It was lust at first sight when Brittany and Yazan eyeballed each other via a video call that Yazan had with his sister.

Instead of paying attention to his sister’s latest updates about her life in America, he chose to shoot his shot with his sister’s roommate’s sister.

Brothers are the worst.

Our batch of newbies includes Floridian model/rapper Brittany, who is in love with Yazan. The model part is believable, but then she casually mentioned that she’s a rapper, and that’s where we make the Chrissy Teigan face.

Based on her sampling, a lyricist she is not. Seriously, there’s no flow, yo.

Brittany is Jordan-bound, and she has every intention of moving there and staying with Yazan since immigration and Visa access for people from certain brown countries is, um, muy complicado.

Except, bless her heart, it doesn’t seem as though Brittany did so much as a cursory google search to find out anything about Jordan.

Google is your friend.

It also doesn’t sound as though she’s prepared to compromise in any way regarding her faith or way of life, and you can already tell, there’s going to be a heck of a lot of conflict between them.

Her Milkshake Brings All the Seniors to the Yard

Yazan is the exception to Brittany’s rule, and her rule is riding the silver wave in the dating department.

I’m not saying she’s a sugar baby; I’m only strongly suggesting it.

Typically, Brittany likes her men well-seasoned, and they like that she still gets multicolored rubber bands for her braces.

The oldest guy she dated probably sold newspapers for a nickel during the Great Depression back when Shirley Temple’s baby teeth hadn’t fallen out yet.

The struggle is real. Zennial, Yazan, graduating with a mechanical engineering degree but working at his father’s fish market is the most realistic part of this segment.

Somehow, he bought a ticket for Brittany to come to Jordan four weeks after they started dating, and a week later, he popped the question.

Their relationship and engagement have happened faster than the obtainment of a CoVid stimulus check.

“I Forgot I was Married”

Who among us hasn’t accidentally forgotten about our marital status and other families?

If Brittany is ten, then how the hell did she end up getting married to some man from Haiti? And what do you mean he got deported?

And why wouldn’t she tell Yazan? Brittany is already messy, but I’m here for it.

Jenny from the Pullout Couch at Her Daughters’ House

Jenny, the sweetheart, has not fully bounced back from using her entire 401K to move to India to be with a married man.

She’s been living her best life crashing on her daughter’s couch. But truthfully, it’s sweet. They all get along, and she kinda seems happy. Except…

She’s Going Going Back Back to India India

Love makes you do stupid things. Jenny is still with Sumit, and she plans to go back to India to be with him. This time, she’s trying to get an advance on her social security.

Just as soon as he divorces his wife which could take anywhere from 2-6 months to the return of Jesus. And costs, get this, TWENTY-THOUSAND DOLLARS!!

To Jenny’s credit, she swears she’s going into things with Sumit with her eyes open.

Which is why she demanded that he bring his parents into their video call, so she could determine if he told his parents that she’s moving there to marry him.

Trust is essential to any relationship, so Jenny needs to take Sumit’s word. I mean, sure, he lied about his looks, his race, his nationality, his marital status, his job, and, OK, yeah, we’re going to need to see your parents, Sumit.

Why You Always Lyin’?

Sumit loses credibility when even his own friends side-eye him and wonder if he’s lying to him. Damn, Sumit. You can’t catch a break, can you?

His buddies don’t have an issue with Jenny, but they’re trying to figure out Sumit’s gameplan here.

She’s Not New to This; She’s True to This

Ariela seems like a barrel of fun. She has a restless spirit and a thirst for adventure.

And love for foreign men. Did Ariela say she got married at 18 to an Argentinean man and stayed married for a decade?

Why yes; she did.

Ariela had to outdo everyone by not only having experience as a seasoned traveler who dated non-Americans but by getting pregnant 14 seconds after she met Biniyam.

Shoutout to her peer in mommy group who laughed her ass off at Ariela choosing to deliver her baby in Ethiopia where there is a shortage of epidurals.

Jokes on all of them. Europe has better maternity care than the US, Japan, and Ethiopia combined.

Also, let’s pour one out for her doctor when he heard her birth plan. The man deserves a medal for his reaction.

Biniyam of All Trades

If all trades include moving your body, that is. He’s a dancer, martial artist, and a litany of other things.

That baby is going to either moonwalk or kick its way out of Ariela, and not an epidural will be around. God speed woman.

Sir, Tell Us Your Secrets and the Exact Location to the Fountain of Youth

Let us take a minute to process that Zaddy/Grandzaddy Kenneth is FIFTY-F**KING-SEVEN! Does he bathe in the blood of virgins? Does he skinny-dip in the fountain of youth?

Has he joined the ranks of Ryan Phillippe, Keanu Reeves, John Stamos in unproblematic immortal land? What are his secrets?

Kenny has the most heartwarming story about how he started a family of his own.

It even includes pretty, blond triplets who are now 23 years old.

Kenny is kinda perfect and deserves the world, and hopefully, his precious grandbaby will come visit him in Mexico.

Welp, clearly, Armando and Kenny are the love story to root for most in this trashy season. They have brought all the feels, tears, and the heart.

Did it get dusty when Armando recounted how he told his late wife he was gay and she shared it with the rest of the family? Gosh, that hurt.

Armando opened up to his sister about how it felt having his family shove him back in the closet after his wife died, and it was brutal on the eyeballs.

One of the most gutwrenching moments was when he mentioned that laid in the desert and hoped something would kill him.

Armando has to come clean to his parents about his plans to move four hours away with Kenny, but they must be protected at all costs!

What were your thoughts on this premiere? Did any of the couples win you over? Hit the comments below.

#’Halloween Kills’ is a Severely Disappointing Sequel at Best… 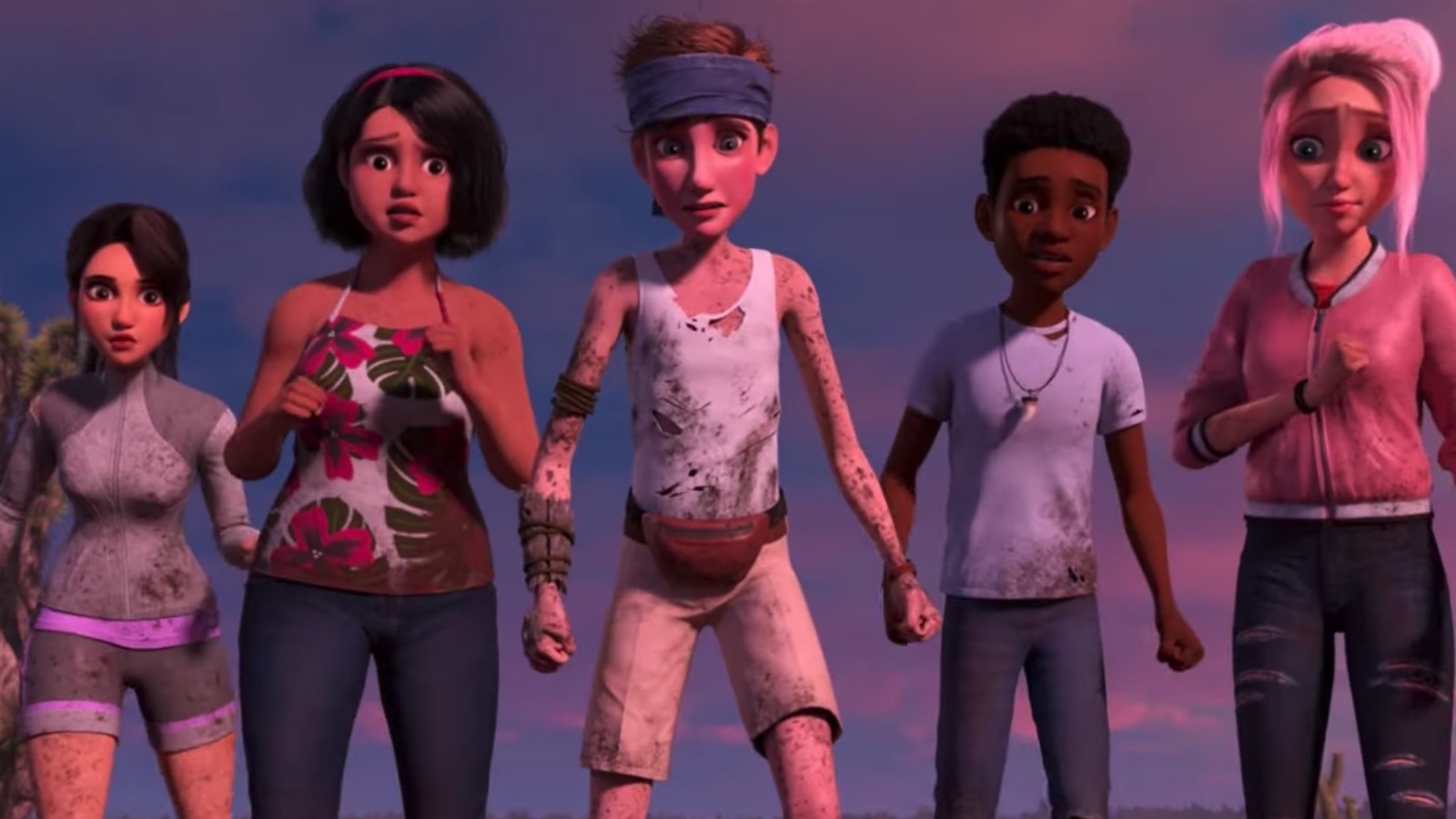