“7 best things to do in Kanchanaburi in two days”

This article explores the best things to do in Kanchanaburi in two days, a city with historical landmarks and natural beauty.

Kanchanaburi is a relatively small town with over 30 000 inhabitants (2006), located 120 km West of Bangkok. Unlike other places in Thailand, it hasn’t been invaded by tourism. However, there’s no lack of guest houses, hostels, bars, restaurants, etc.

Yet, this is still manageable, the attractions aren’t overcrowded, and the town doesn’t look just like a mega adult’s playground like Phuket and most of the islands. The town’s riverside is still charming, and the bridge gives it a certain character, but then again, the bigger attractions are outside the town.

Let’s explore the best things to do in Kanchanaburi in two days!

Things to do in Kanchanaburi in 2 days – Day one

The Death Railway, also called the Burma Railway, was a 415 Km railway connecting Bangkok (Thailand) to Rangoon (Burma). The project was created by the Japanese to solve their problem of supplying Burma during WW2. To build the railway, the Japanese used 60 000 Prisoners of War (POW), 180 000 South East Asian enslaved workers (Romusha), and 12 000 Japanese and Korean soldiers and Engineers.

The living and working conditions during the construction were so bad that 90 000 Romusha, 12 000 POWs, and even almost 1000 Japanese died. These deaths were caused by diseases (malaria, cholera, dysentery, tropical ulcers…), insufficient nutrition, work accidents, and exhaustion.

The Railway itself is considered an impressive accomplishment. In a very short time, they built 415 km of railway through dense tropical jungle and mountains, more than 600 bridges, and almost without machinery and with very little supply.

Although the railway was finished ahead of the original schedule, it was also considered a strategic failure because of the very little cargo transported by the Japanese during the war.

Above all, it was a War Crime committed by Japan and is an example of how far we can go to achieve a goal.

The movie “The Bridge on the River Kwai” (and the book it’s based on) is about the construction of bridge 277 in the Death Railway. Both the film and the book are greatly unrealistic and do not show how bad the conditions were. Anyway, we strongly recommend you see the film.

The Hellfire Pass is the most extensive rock-cutting of the Death Railway. This, combined with its remoteness and the lack of tools available, made it the most infamous part of the Railway and an unbelievable feat. However, with an even larger price.

The name Hellfire was given by the POWs because of how the pass looked at night, with the torches and fires lit. The pass resembled a burning hell.

In 1998 the Australian Government built the Hellfire Pass Museum to honor the POWs and south-east Asian workers who suffered and died during the construction of the Burma Railway.

The museum consists of a group of pictures, explanations, videos, and audio captions of the survivors. It is well worth a visit to understand better the Hellfire Pass, the Death Railway, and everything that happened during its construction and, ultimately, the war in the Pacific.

The Hellfire Pass trail is a small part of the Death Railway that was converted into a walking memorial and trail. The trail is 4 km long, and it goes right through where the railway was. The Hellfire Pass is almost at the beginning of the trail, so if you want, you can visit it there and then return, not making the full trail.

As walking fans, we decided to make the whole trail and really enjoyed it. Note that this is a very rocky and a bit hilly path, so it’s harder than it seems at first sight. Take good walking shoes and lots of water.

During the trail use the audio guide to learn about the trail, its significance, and the statements of survivors. After reading and hearing about all the terrors and suffering, it is bewildering how peaceful and beautiful it is today. Is it really the same place?

We weren’t even going to mention Sak Noi waterfalls, but they are talked about quite a lot, particularly by tourist agents… If they weren’t so easy to reach, we would say SKIP IT, at least during the dry season.

However, if you have a few minutes to kill, give it a try. In our experience, the Sak Noi waterfalls had virtually no water; the pond was tiny and not very clean. Although it was extremely hot we didn’t even think about getting in. Maybe in the rainy season, it is better.

On the upside, there’s an old train there, so check it out! We liked the train much more than the waterfalls…

The Erawan Falls are located in Erawan National park, which is part of the Western Forrest Complex. They are a 7-tier waterfall where you can dive, swim and rest by the river while enjoying its surroundings.

The light turquoise water flowing down the 7 tiers of waterfalls through the middle of the dense tropical forest creates an astonishing site. It made us remember Plitvice Lakes National Park in Croatia.

Although Erawan falls are not as impressive, you can dive and swim here, making it our favorite thing to do in Kanchanaburi and one of the most beautiful natural landmarks in Thailand.

The climb up the tiers is relatively easy, with a clear path up to the 6th tier. In the last one, it’s a bit more difficult but still doable for virtually anyone.

Erawan Falls aren’t the most famous attraction in Thailand, or second or third… but they are touristic. Everything in Thailand has tourists. It won’t be secluded, and you will have to share it with other travelers. However, the waterfalls span more than 1.5 km, and people can spread around them. Some people will find it too much, but we found it manageable and still within reasonable amounts.

You can’t take food past the second tier, only drinks. You pay a deposit of 20 baht per bottle you take. These are marked, and you have to show them as you return. If you don’t, you lose the deposit.

All in all, this was one of our favorite days in Thailand, and we advise anyone visiting Thailand to take the time to enjoy these unique waterfalls!

Have you ever heard of fish spas? The ones where you put your feet in an aquarium, and the fishes eat your dead skin? We saw a few of these in the islands and Bangkok, but they didn’t seem attractive…

Well, in Erawan Falls, you get a free, natural fish spa! The fish “attack” you to bite off your dead skin. It’s very tickly initially, but we get used to it. In the end, we were already enjoying it.

Bridge on the Kwai (Khwae Yai) River in Kanchanaburi

The bridge over the Kwai (Khwae Yai) is the main attraction of the city of Kanchanaburi. The original bridge was built and destroyed during WW2 as part of the mentioned Death Railway. It was rebuilt after the war and today is used only by the trains to/from Nam Tok. This means that the bridge is usually free, and you can visit it and walk on it.

How often can you walk on the tracks and cross a historic railway bridge? It’s one of those simple pleasures that we enjoy so much and don’t even know why:).

Price of admission: Free.
Time required: 1 hour.
Getting there: Walk there from the town center, or get a tuk-tuk if you don’t feel like it.

Where to Stay in Kanchanaburi

The town is tiny, as we said above, so if you are staying in town, you will very probably be well located. Yet, we feel that the best places to stay are the guesthouses by the river or even on the river!

They offer stunning river views and pretty sunsets! We really enjoyed relaxing by the river after a long trip! There are a few of them to choose from, some of them very cheap.

We suggest the Noble Night Guesthouse – great for couples with a budget, or the Natee The Riverfront – a high-end hotel if you are looking for something fancier.

How to go to Kanchanaburi?

You can get the usual buses or mini-vans from Bangkok to Kanchanaburi, or you can use the train! If you have time, you should use the train. It’s inexpensive, and you will travel in a piece of history. You will be traveling on the Death Railway. However, note that there are very few trains per day!

In retrospect, the time visiting Kanchanaburi was our favorite thing in Thailand. We preferred Kanchanaburi to any of the islands, to Chiang Mai, and even to Bangkok. Kanchanaburi is inexpensive, relaxed, and has fewer tourists than most of Thailand. It has its share but is yet to be overrun by tourists

Furthermore, It has plenty of things to do, from history to trails and waterfalls… and these are easily accessible through public transport, buses, and trains. No need for taxis, tuk-tuks, or expensive tours!

Two days in Kanchanaburi is the perfect time for a relaxed visit. You can do the historical things in one day, and the waterfalls in the other. The bridge visit can be done whenever you feel like it, as it is inside the city.

One last suggestion, watch the famous “The Bridge on the River Kwai” while in Kanchanaburi! It is a very dated movie, but it is fun. 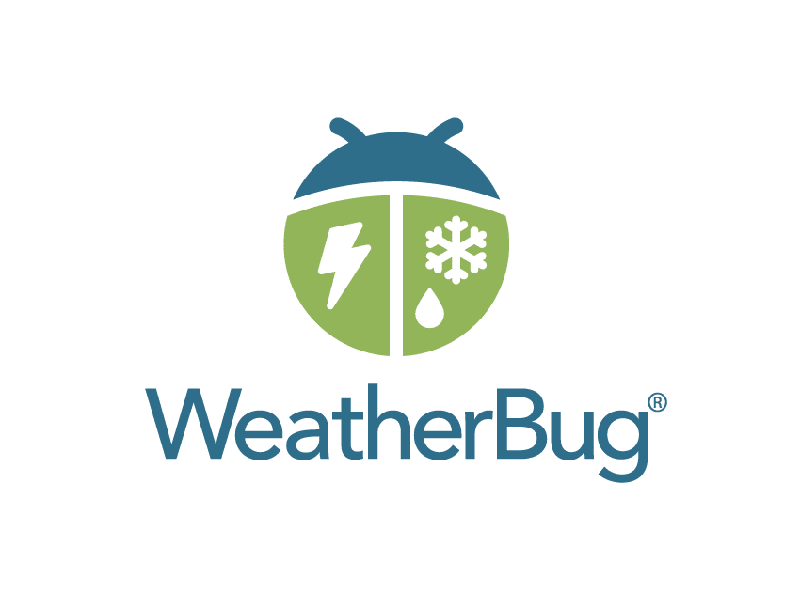 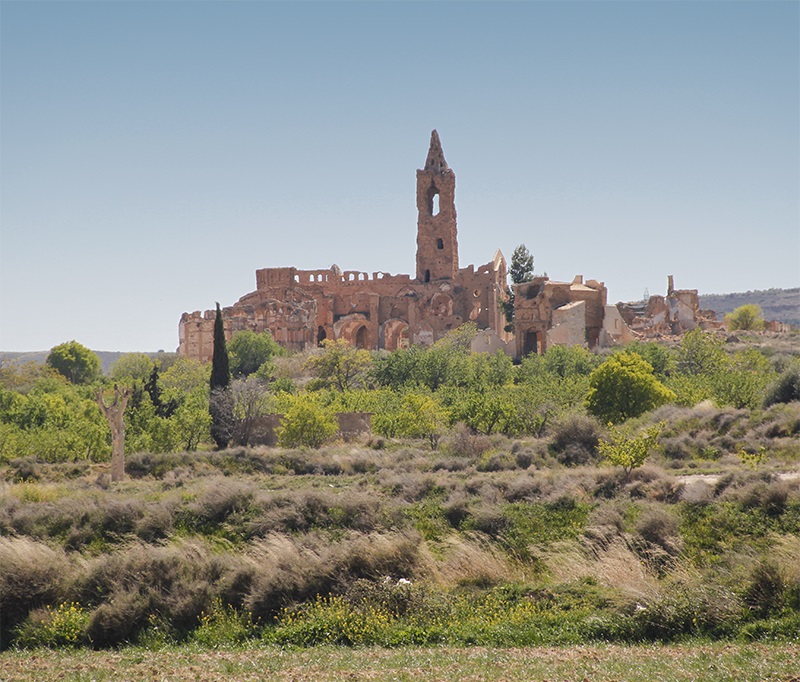 #The Most Scary Places to Visit in Spain 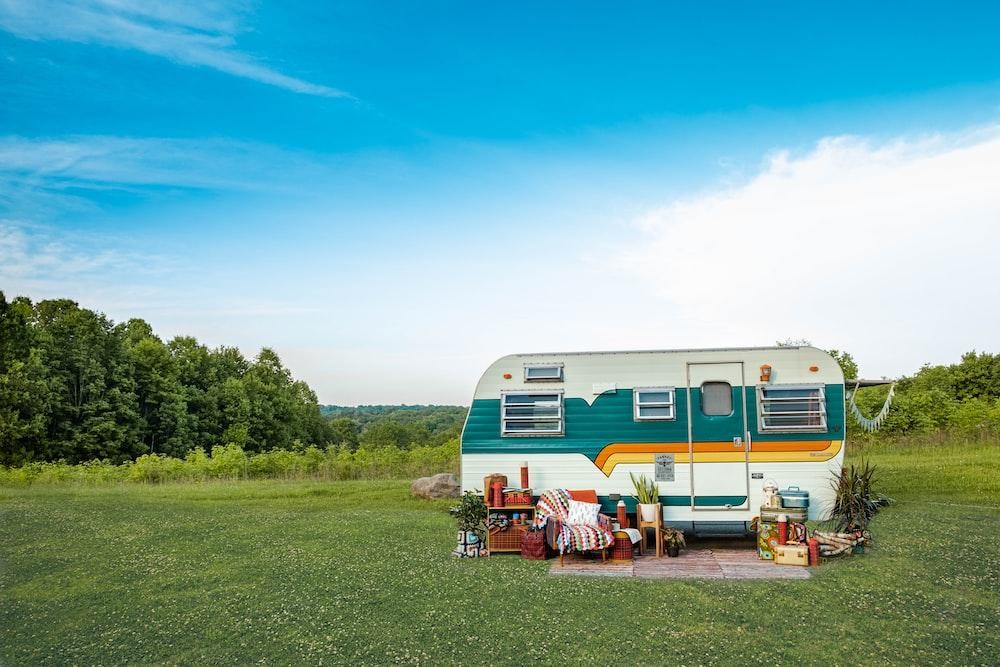