Five people were hurt after a likely gas explosion at a strip mall in Harrisonburg, Va., just blocks from the campus of James Madison University, according to reports.

The early Saturday blast could be felt for miles around and sparked a fire that eventually caused so much damage, several shops were razed.

Among the victims were three James Madison University students who suffered minor injuries.

The trio had been standing outside the store when the explosion occurred, part of an Army ROTC running group which had been involved in a 10-mile race, the finish line of which was just yards from the explosion site.

While Gov. Ralph Northam identified the source of the incident as a gas explosion, local officials could not confirm the cause, saying more investigation was needed.

#What did Joe Biden know about Hunter's crook emails?: Goodwin 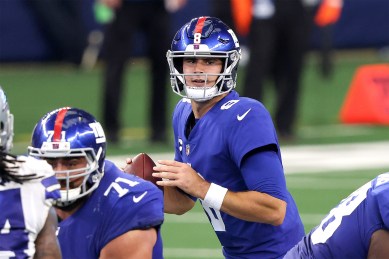 #Mets vs. Orioles prediction: Over is the obvious play here