Welcome to Commentary Commentary, where we sit and listen to filmmakers talk about their work, then share the most interesting parts. In this edition, Rob Hunter revisits the best film of 2019, Academy Award winner for Best Picture, Bong Joon-ho’s Parasite.

This may be hard to believe, but it was only nine months ago that Bong Joon-ho‘s Parasite stormed the Academy Awards and won four Oscars including Best Picture. It’s been available on Blu-ray for some of that time, but now Criterion has released the film loaded with new extra features.

1. The onscreen title uses spirals in its script where normally there would be circles, and Bong says it originated with the original poster design. The artist did it there, and the filmmaker loved it “because a spiral feels like a parasite in our body.”

2. Both families’ homes were built from scratch as Bong wanted “full control” of their living spaces. The street outside the opening window is all a facade constructed inside a large water tank.

3. Rayns points out some similarities in scenes between this film and Bong’s earlier work — the fumigation in Barking Dogs Never Bite (2000), the shaking pizza boxes in Tokyo! (2008) — and Bong replies “Tony, you are the man who knew too much. I am very uncomfortable with it.”

4. Asked if he himself has a scholar’s stone (as seen in the film), Bong replies that he’s no fan of the real ones. “I hate something heavy.” His father collected them, though.

5. Bong storyboards everything, and that means he never has to shoot coverage shots as everything is planned out precisely.

6. Akira Kurosawa’s High and Low (1963) is one of Bong’s favorite films, and elements of it inspired this movie.

7. The wealthy family’s home was built for the film, but only the first floor is real as the second floor of the exterior is CG. The interior of the second story, along with the basement, is a soundstage.

8. Asked if there’s greater meaning to the Park family’s appreciation (appropriation?) of Native American paraphernalia, Bong suggests that it’s no deeper than someone deciding to wear a Che Guevara tee-shirt.

9. Rayns asks about the arrow sticking out of the little boy’s behind, and Bong laughs. “Please don’t misunderstand, not every Korean nine-year-old boy has something on the butt.” It was a detail he just added to his storyboard of the scene even though it isn’t in the script.

10. Bong was never given an Americanized name like some of his fellow Koreans — and like Mr. Park in the film who goes by Nathan — but he mentions that he learned his surname, Bong, has a meaning in the US. His first distributor in the US actually sat him down and explained what a bong is “and they actually gave me a real bong as a gift after the promotion of The Host.” He adds that it caused him some trouble at the airport.

11. Song Kang-ho, Choi Woo-sik, and Lee Jeong-eun were already in Bong’s mind when writing the script as he had worked with them all previously and knew they’d be perfect fits here.

12. He’s not sure why he named the rich father’s company Another Brick, but he thinks it might have been because he was a huge fan of Pink Floyd when he was in high school.

13. Rayns points out how Bong’s films, Parasite in particular, never stops to deliver exposition and instead builds its story on the move. “I was very inspired by George Miller’s Mad Max Fury Road. That movie never stops, all physical action and movement, it just keeps going going going, but all the background information and story occurs quite naturally.”

14. When it comes to scenes featuring long conversations between characters, Bong is inspired by the works of Martin Scorsese and the Coen Brothers who he views as masters of such things.

15. When the Parks leave on vacation and the Kims take over the house, the poorer family celebrates with food and drink. The alcohol opens the door to some ambiguity, though, regarding the Kim family’s tight relationship as friction grows between them. “Ambiguity makes audiences very nervous, and there is some tension,” says Bong.

16. A throwaway line early in the film regarding how the housekeeper eats so much, almost as if she’s eating for two, is one of many sly nods to the narrative surprise in the film’s second half with the man in the basement. Bong thanks Rayns for being the first person to mention that to him over the entire press tour “from Cannes to Oscar.”

17. “As a screenwriter,” says Bong, he really hates elements like CCTV recordings, mobile phones, and other technological advancements that get in the way of story.

18. The ram-don dish is popular in South Korea, but Bong added the sirloin into it for the film’s wealthy characters. “I never tried it.”

19. The Park couple engage in some heavy petting and fully-clothed handy-work while on the couch, and Rayns mentions it’s as explicit of a sex scene as Bong has ever filmed. “I’m not that perverted guy,” says Bong. “I’m a very light and pleasant man.”

20. The gym in the film is the same place where Bong filmed the quarantine sequence in The Host (2006). He didn’t realize it and was reminded by a member of the crew. “Oh fuck!” was his reply.

21. Heads up to anyone planning a visit to South Korea — post-pandemic, obviously — as Bong points out that early September is the country’s sunniest time of year.

22. Real trees are expensive, so half of the ones seen encircling the Park’s back yard are created via CG composites.

24. Parasite brought Bong a level of exposure and success that he hasn’t known before, but he doesn’t think it’s affected him. “Still I don’t know what happened, it’s quite strange.” He’s writing the script for his next film and says it all feels the same as far as the process goes. He did send one of his Oscars to his mom’s house, though.

25. The song over the end credits is called “A Glass of Soju” and features lyrics written by Bong. “Please try this song in karaoke, so I can earn some money from it.”

“He smells it. It’s very perverted.”

“No self-incrimination on this commentary.”

“Wow, this is very violent. This is so crazy. So horrible. Who is the director?”

Final Thoughts on the ‘Parasite’ Commentary

Parasite remains an all-timer and a film that no one will begrudge winning Best Picture at the Academy Awards. Bong Joon-ho’s commentary reveals him to be a talented filmmaker who shares his accolades with the cast and crew he brought along for the production. It’s a good listen.

#Save 85% on PureVPN with this exclusive discount code 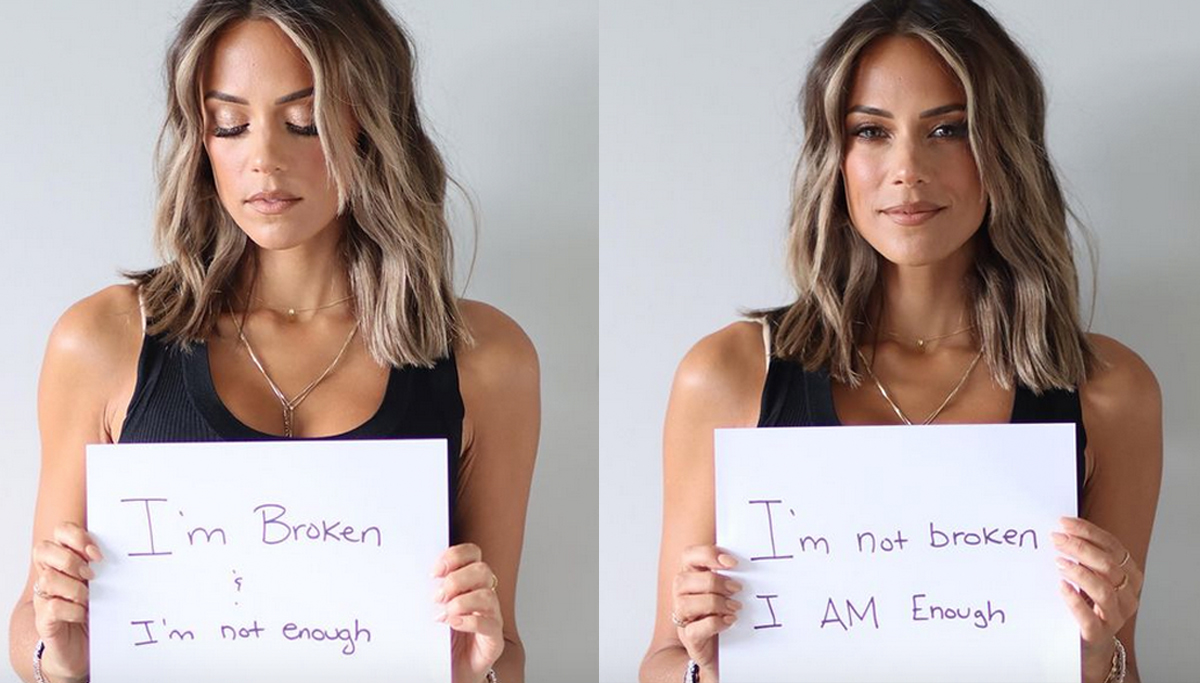 #Jana Kramer Reveals She Was Physically Abused & Gaslit In Past Relationships 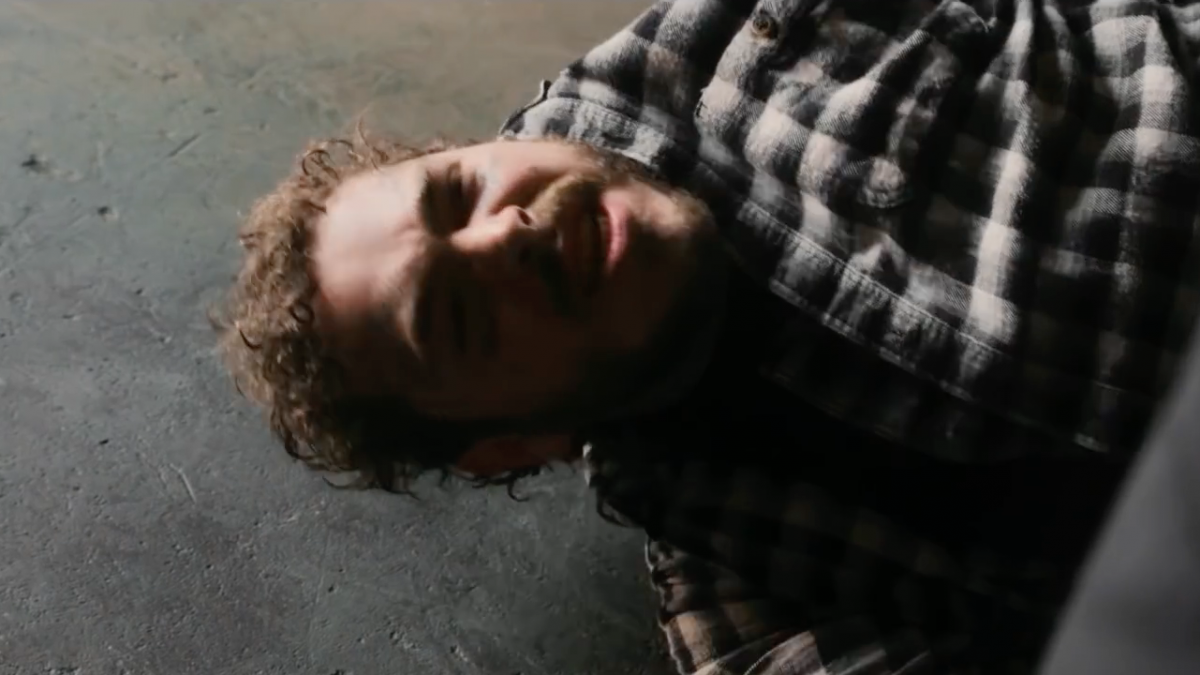