It is the elusive beast for the discerning romance anime fan of a certain age. As you grow out of your tender youthful years, you yearn for the relatablity of romance that is not set with a back drop of a classroom. Perhaps you wish to see how physicality in a relationship affects things, maybe you want to see how the stresses of being an adult mold how people connect to each other, or fuck it, maybe you just want a sweet fantasy background where high schools literally don’t exist. Regardless, there are some charms to the youthful high school romance anime series, but those set out of high school have a certain maturity that is nice too.

You want maturity? This series has it in spades. Because of the somber nature of creating a romance between a guy that has a crush on a widowed flower shop owner and being cockblocked by the ghost of her dead husband, there is a certain serious tone that needs to be maintained. The series deals with a lot of hurt and feelings of guilt for moving on, but it is a nice love story that doesn’t lean all over the tropes.

Wotakoi: Love is Difficult for an Otaku

The title of the series is essentially what you get. It is the tale of two office workers. One is a secret fujoshi and the other is a avid gamer. They knew each other in school, and now that they work together. After reconnecting, they try going out. It starts off much like real dating can – two people who have similar hobbies talking about those hobbies. It then progresses into genuine feelings.

Recovery of an MMO Junkie

Frustrated with work life, Moriko quits and retreats into being a NEET. In her new life, she takes up playing an MMO where she meets a player that she befriends. Little does she know, she actually has a real life encounter with this friend. The situation becomes complicated as she plays a male avatar and he plays a female avatar. If you are a long time romance anime fan, you know where this sort of wacky misunderstanding is headed. However, what you lack in super cute romantic moments, you get back in spades through Morioka’s relatable female weeb behavior.

Spice and Wolf is an excellent, but slow building story. While you will learn more about medieval economics than you probably ever wanted to know, it also serves up a side of a flirty building relationship between a goddess and her merchant traveling companion. It is not super dramatic, but more of a journey full of shenanigans.

Snow White With The Red Hair

This is one of those series where the characters are young enough that, were this the real world, they would probably be in high school. However, this is not the real world! It is the love story between a non-heir apparent prince and a girl fleeing a lusty prince in her home kingdom. It is a sort of fairy tale romance, yes, but what is so lovely about it is that the main female has motivations beyond just landing herself a man. She has a profession and professional goals too. There are some romance tropes in this one, being a fairy tale and all, but they are at least tasteful and few in number.

Two girls, both named Nana, meet on the way to the city. Coincidentally, they both decided to rent the same apartment, and compromise on splitting it as room mates. One is a punk rock musician, the other is a naive young girl looking for love. Aside form also having a wonderful soundtrack – due to all the rock music – Nana is also a poignant tale of the many loves one can have. Some are good for you, some are wrong in all the right ways, and some are a love for a friend that doesn’t feel romantic but is just as strong.

Nodame Cantabile is a music anime with a strong emphasis on romance. Think Your Lie in April, but with less tragedy and about adults. What is marvelous about this series is its isn’t all mushy romance moments, but it is about how the pair motivate each other on a professional level. A good relationship features both parties supporting each other, after all.

Arakawa Under the Bridge

From what people can glean about Arakawa Under the Bridge without actually watching it is that it is one of those weird comedies about weird people. Yes, it is very much that, but there is also a strong romantic progression in it as well. The show just puts the emphasis on the comedy so they don’t have to use hundreds of romance tropes to force that to carry the plot.

This series is probably as close as you will get to a romance anime with a normal relationship as one can get. It is easily overlooked because it doesn’t have an interesting hook other than the girl’s apartment burned down after their accidental date and she now stays at his place. It does, however, cover the interesting intricacies of a relationship that perhaps formed too fast.

The somewhat frustrating thing about Golden Time is that it is about college-aged students, but it often feels like they are high school students. The nice thing is that very little of it takes place in the college. You rarely see them attending class. As such, it opens up the romance up to happen in other venues. Unfortunately, it does have a bit of an amnesia element to it, which explains why this series from the creator of Toradora didn’t reach such legendary romance genre popularity.

This series is another college-based romance. In it, you have a mix of school struggles and life struggles with the romance happening between a group of friends. As they are all adults, it is nice to see characters working at the financial struggles as well as the relationship ones.

Sing Yesterday For Me

The newest anime on this list, Sing Yesterday For Me remains one of the more grounded series as well. Instead of focusing primarily on one character, it shows you the various adult struggles of many. Not all of these struggles are of a romantic nature either, which helps keep things in on steady ground. This is a slow romance that is more about coming to terms with certain things rather than obnoxious mushiness.

Rumiko Takahashi (most well know for Inuyasha and Ranma ½) uses all the romance tropes, but damn if her series don’t hit every time with them. Maison Ikkoku is widely overlooked, but still a gem. What’s more, you have likely seen the plot a few times already from other series that nicked it. A guy moves into an apartment. It is full of wierdies. He decides to leave until he meets the pretty manager, is interested, and decides to stay. From there on, it is a classic mix of drama and twee romance. I’ve mentioned romance series avoiding tropes previously on this list as a good thing, but tropes are tropes for a reason, and not always bad.

You know how I said the plot of Maison Ikkoku is something you’ve seen in other romance series? This is one of those others. However, while Maison Ikkoku is a more serious romance, Love Hina is laden with ecchi, harem elements, and slapstick humor. It does revolve around the same plot, but with the all girl’s dorm manager being the main character instead of one of the residents.

This hero is the Romeo and Juliet story you didn’t know you wanted. Instead of being about two impulsive teens, it is about two adults on opposing sides of a war. It shines an interesting light on how war is occasionally necessary for the prosperity of a country while also paving path for peace at the same rate the main characters develop feelings for each other.

Do you have any more good romance anime series that are not set in high school? Let fans know in the comments section below

Tags
15 Romance Anime Series NOT Set in High School Arakawa Under The Bridge Golden Time Honey and Clover It is the elusive beast for the discerning romance anime fan of a certain age. As you grow out of your tender youthful years Lists Love Hina Maison Ikkoku Maoyu - Archenemy and Hero maybe […] The post 15 Romance Anime Series NOT Set in High School appeared first on Recommend Me Anime. Nana Natsuyuki Rendezvous Nodame Cantabile Rec Recovery of an MMO Junkie Romance Sing Yesterday For Me Snow White with the Red Hair Spice and Wolf Wotakoi: Love is Hard for an Otaku you yearn for the relatablity of romance that is not set with a back drop of a classroom. Perhaps you wish to see how physicality in a relationship affects things
Share
Facebook Twitter LinkedIn Tumblr Pinterest Reddit VKontakte Odnoklassniki Pocket Skype WhatsApp Telegram Viber Share via Email Print

#How To Create A Practical & Comfortable Nursery? 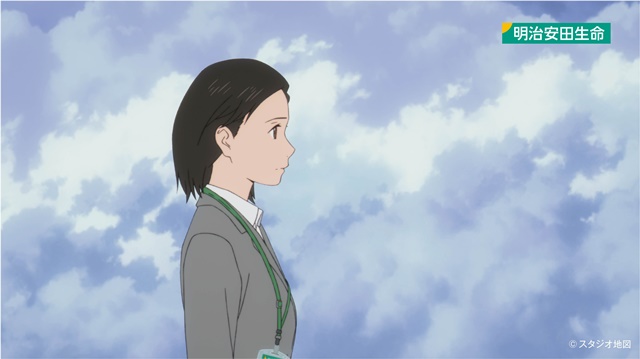 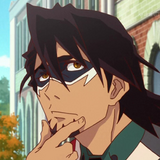